Former cabinet minister and MP, David Laws talks about Kitchener: his sad youth growing up in Ireland and tutored at home, his early and unimpressive army career followed in time by successes in Sudan and South Africa founded on his belief in careful planning and preparation. Cold to anyone who did not know him and unpopular with politicians he nonetheless set in train the building of an army of millions that could defeat Germany. Eager to keep Russia playing its part with vigour on the Eastern Front he set off first by train, then ship along Western Coast of Scotland. Hit by a mine in severe weather the Hampshire sank within minutes, fate taking all but a few who were on board. The rumour mill took off, fuelled by a journalist keen to develop any hint of skullduggery  into a story - he took it too far when he claimed to have located Kitchener's body and had a coffin full of tar brought back to England.

Just a great poster? This podcast and David Law's book may begin to repair Lord Kitchener's reputation that coming into the FIrst World War was heroic.

Author Who Killed Kitchener?, examining the life and death of Field Marshal Lord Kitchener. This is published by Biteback publishing.

Search 'Kitchener' on this website to find articles, book reviews and talks on Lord Kitchener. 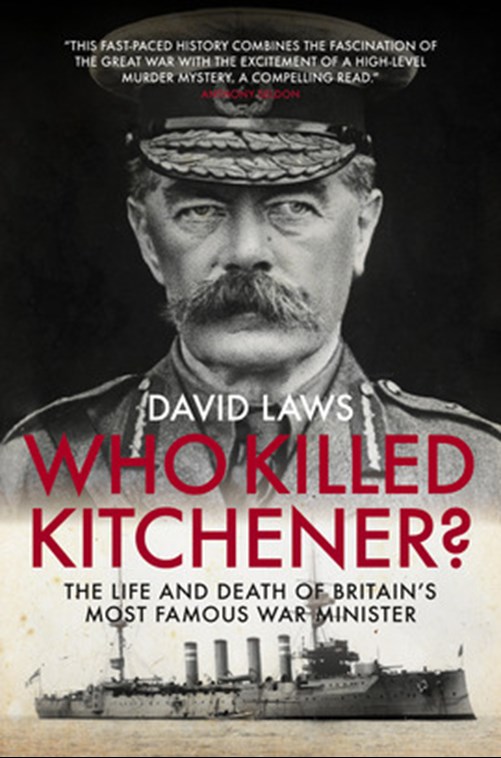