Dr Adam Prime, lecturer in the Politics and Contemporary History at the University of Salford, talks about his research into the Indian Army during the Great War.

In this podcast you will hear how the Indian Army came about with its origins in the defence of the East India Company from 1757. A hundred years later when the British Army needed to defend the North West Frontier, attack from Russia the fear, a more professional army began to emerge.  By the time of the outbreak of the First World War the army was made up of 240,000 Indian and 17,000 British soldiers.

The Indian Army compromised men from across the Indian sub-continent which included modern day Pakistan in the west, through Indian to Bangladesh, Myanmar and Nepal.

The split between the Indian and British men was distinct.

The diversity of religious and caste differences had to be met to maintain peace, order and morale.

The attraction to an Indian man to enlist was significant. Pay was good in relative terms and service could also mean a pension, land and exemption from house tax and other local labour obligations. 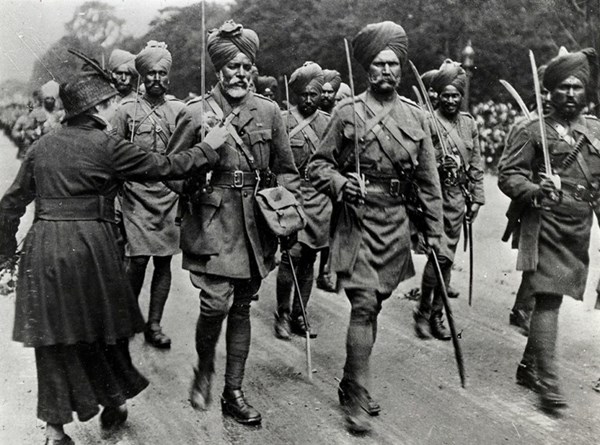