Ep. 189 - The Rehabilitation and Treatment of Limbless Veterans - Louise Bell

Louise Bell is an independent researcher specialising in the history of prosthetics, with particular focus on the First World War. In this Mentioned in Dispatches podcast she talks to Dr Tom Thorpe about her research into the rehabilitation and treatment of limbless service personnel after the Great War. 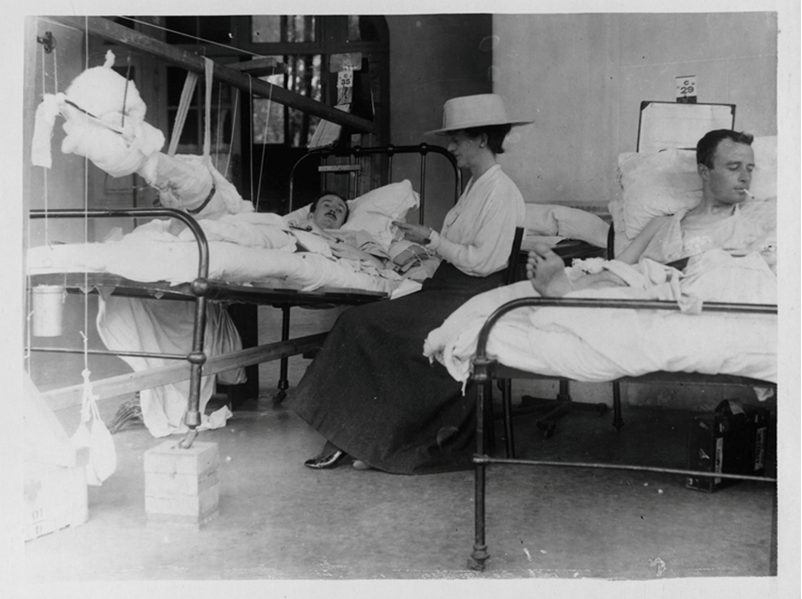 Official Photographs taken on the British Western Front in France. Wounded soldier lying in a hospital bed, with his leg in traction. He appears to have lost part of his other leg. The bottom legs of the bed have been placed on blocks to make them higher than the top. According to the original caption the woman sitting next to the soldier is his mother. She has a letter in her hand, and is likely reading it to her son. The letter and number 'C35' are posted above the soldier's bed. There is a soldier having a cigarette in the next bed.  Permanent url > https://digital.nls.uk/74546914

Louise Bell gained a History and Germany BA followed by an MSc in Health History, both from the University of Strathclyde. Her dissertation focussed on the work undertaken at two hospitals, Erskine and Roehampton, set up to help men who lost one or more limbs during the Great War with prostheses and the rehabilitation. 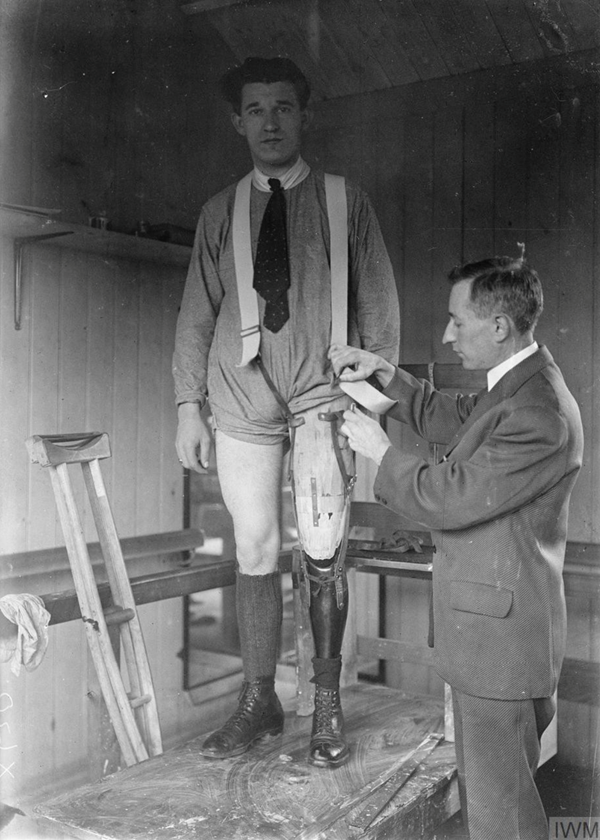 Louise joined the University of Leeds in October 2020 as a PhD candidate. She is currently undertaking an AHRC funded Collaborative Doctoral Partnership with The National Archives. The project will explore British state provision of prosthetic limbs in both world wars looking at the relationship between the British government, prosthetics manufacturers and the social, economic, political and cultural impact on the men in relation to their disability.