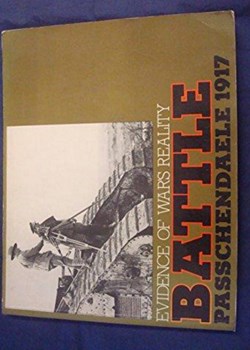 Here the photographic image is the chief concern and 90 have been selected from the 200,000 WW1 negatives preserved at the IWM. Though some will be familiar to students of the war I suspect that quite a number are previously unpublished. They are presented with a commentary drawn from a variety of sources, largely relating to the Third Battle of Ypres. Yet, within this framework the compiler has provided sections of photographs and text on “Women at War”,”Foreign Labour” and “Aftermath”.

Most importantly it has proved possible to identify the work of individual Official Photographers and this, combined with biographical notes, provides a greater insight into their life and work on the Western Front. The only criticism to be made is of the mistake in omitting the IWM negative numbers.

[This review appeared in Stand To! Issue No.4 Spring 1982. This review, many others and articles, are available to members in the archived issues of Stand To!]