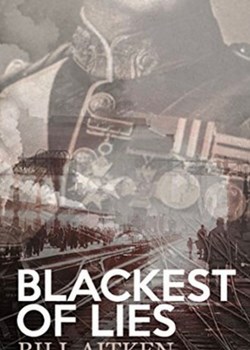 This is a first novel. The author is a former RAF officer, who became fascinated by Donald McCormick’s 1959 book; The Mystery of Lord Kitchener’s Death, From page one it had all the elements of a derring-do adventure and fairly zipped along- a  page turner difficult to put down!

The author has woven aspects of the ‘conspiracy’ theories surrounding the death of Lord Kitchener into a ‘ripping yarn’ straight out of Rider Haggard and Scouting for Boys! It would be a good vehicle for an entertaining TV drama series

The plot involves Kitchener, the IRB, MI5 and MI6. The ‘heroes’ are all likeable, the villains not so; just as it should be. Historical facts are woven into an intricate and believable, making the reader question what is truth and what fiction. And, as they say, truth can be stranger than fiction…….

The author notes that the idea of this book has been in his mind for a long time. Good on him for committing it to paper! - and the two leading characters are promised future adventures. I strongly recommend The Mystery of Lord Kitchener’s Death It is an ideal holiday read.