Kitchener Wants You: the man, the poster and the legacy 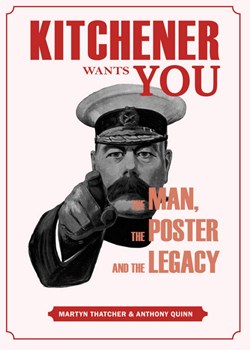 By Martyn Thatcher and Anthony Quinn 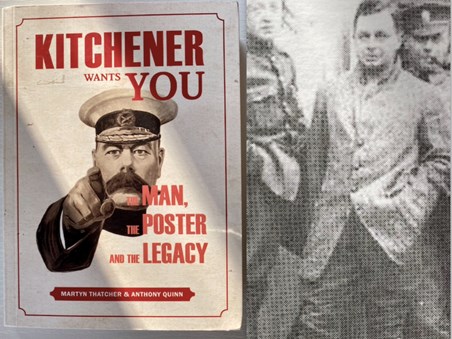 This slim volume is as much about Kitchener as it is about Alfred Leete and the sociological history of how posters and the popular press sought to sway public opinion and recruitment into the armed forces before and during the Great War. It uses what is probably the best-known recruiting poster of all time as a fulcrum around which to tell a series of stories. There are brief biographies of Lord Kitchener and of Alfred Leete, the graphic designer who designed the poster. 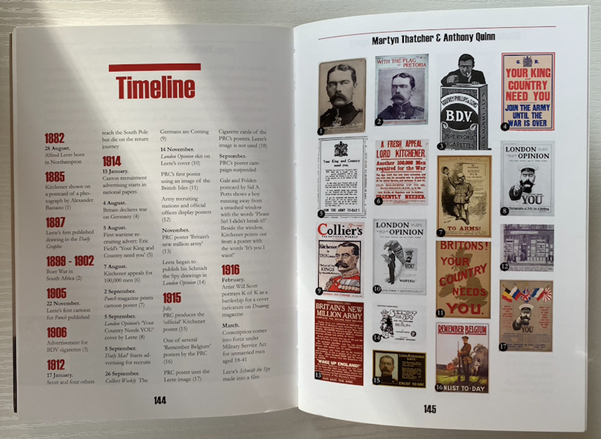 The book includes colour reproductions of the posters (albeit small) that both preceded and followed its central subject, and describes their impact on recruitment between the wars, and during the Second World War, and its lasting impact with offering examples with political cartoons and even Alan Sugar advertising a new series of The Apprentice on the cover of The Radio Times. 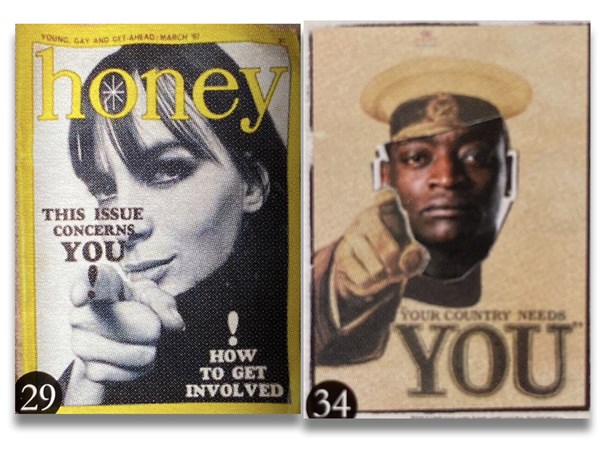 The image of Kitchener remains central to the books various themes, and how it was transformed after its first appearance on the cover of London Opinion into the iconic poster, and the original source of Leete’s image - including the fact that Kitchener actually had a divergent squint Leete corrected for his image.

Overall an interesting book that sheds light on some peripheral aspects of the Great War, but a quite a high price for what is a fairly slim volume.