Marlborough College in the Great War in 100 Lives 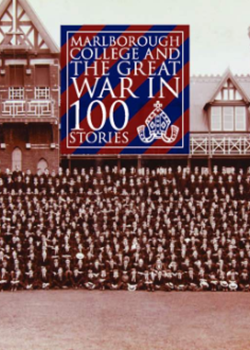 Although a relatively short book, and one of specialist interest, Marlborough College in the Great War in 100 Lives is large in format, concept and quality in its telling of the lives and deaths of former students in the Great War. Written by former pupils and staff and illustrated in colour and monochrome, the book underlines the often–undervalued Great War commitment to nation and service of those sufficiently fortunate by birth to be educated at Marlborough College. In total, 794 pupils died in the conflict. The selected 100 include some who died and some who survived. They range from the Sassoon brothers – Hamo, who died at Gallipoli, and Siegfried, poet, author, holder of the Military Cross for his gallantry and finally objector to war – to Henry Wilson a figure who is often damned by historians as much as Siegfried Sassoon is lauded by the literati. Costing £40.00 plus £4.99 p&p, copies are available from Crosby and Lawrence (crosby@marlborocollege.org) DJF