Songs of the Great War 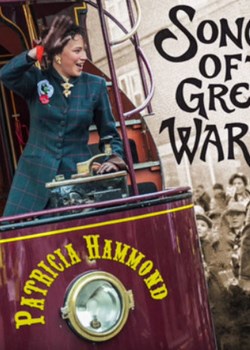 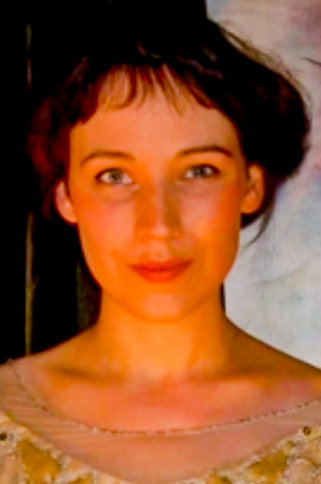 Patricia Hammond is a classically trained mezzo soprano who has a fascination for the popular songs of the Victorian and Edwardian era. Blessed with the voice of Ute Lemper and the looks of Cate Blanchet, Patricia has become a regular performer at First World War Centenial Events in Europe and America.

In her new CD, 'Songs of the Great War', Patricia demonstrates her versatility with the variety of songs she performs, in French and German, as well as English, from the more classical to the informal 'song of the inn'. The instruments played, often vintage, are those that any centennial time traveller would hear: from accordion to mandolin, flute to harp, piano and guitar. You get that extraordinary sense that 'you are there'.

Listening to the CD, although it is a studio performance, the choice of songs, the arrangements, instrumentation and performance, is done with such craft that it evokes the era of the First World War: you think you can hear the audience in a Musical Hall - you can sense them; it isn’t hard to imagine hundreds of soldiers packed up and ready to move listening to an impromptu ballad, lighting cigarettes, tapping their feet and calling out in delight. You can then imagine these songs being picked up by the men and sang as they marched, or relaxed in their billets, or hummed in the trenches or picked out on a mouthorgan. Just as much, you can imagine loved ones at home remembering the tunes, or playing them from sheet music at their piano.

‘If you were the Only Girl in the World’ is immediately evocative of the old musical halls, or the soundtrack to any period drama from the 'Upstairs Downstairs', to 'Downton Abbey' and the 'Duchess of Duke Street'. For anyone following BBC Radio 4’s drama ‘Home Front’ much of which is set in a musical hall, your senses fool you into smelling the odours of the packed theatre, the bodies, cigarettes, khaki and boots. ‘Somewhere in France’ could have been performed at a recruitment rally, in the bandstand, on the back of a decorated cart with bunting flying and waving flags while young men in flat caps push forward to take the King’s shilling.

There are a number of linking pieces, instrumental interludes, that creates a sense of narrative. There are instrumental pieces too. All created with great skill and each a gem that takes you to a different part of the war, and a different army, as there are French and German songs too.

Listening to the CD several times the tunes and arrangements begin to stick, so that every book on the First World War that I now open has its own accompaniment. You can hear a track or two here 'Patricia Hammond Songs of the Great War CD' on YouTube.

‘Over There’ is a jolly, marching, witty song. It is performed like a piece of musical theatre. Gorgeously arranged, with rich orchestration where every instrument played like it was 1914-18, while ‘Roses of Picardy’ includes the most haunting flute playing and delicate harp.

You can read more about 'Soldiers Songs of the First World War 1914-18' in this article on The Western Front Association website.