Swansea Pals: A History of the 14th (Service) Battalion The Welsh Regiment in the Great War 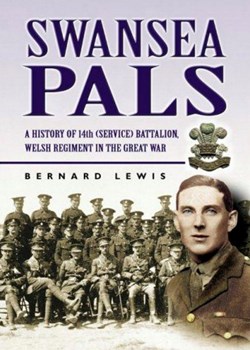 First reviewed by David Filsell for Stand To! 74 September 2005

The Swansea Pals is the history of a Service Battalion whose duty in the Great War has previously been recorded only in scattered documents, the pages of faded local newspapers and widely dispersed correspondence.

It is the work of an assiduous researcher, and is a good book about a very local battalion which fought on the Somme, slogged through third Ypres and participated in the breaking of the Hindenburg Line. By the author's calculation it suffered 600 killed and 1,200 other casualties and if not considered a battalion in the very front rank of fighting ability it came very close.

Particularly well rendered is the account of the battalion's actions at Mametz Wood, where it served near the literary luminaries of the Royal Welch Fusiliers. Now the men of the 14th (Service) Battalion The Welsh Regiment have their very own memorial in this worthwhile and lovingly wrought history.

Reviewed again by David Filsell in Stand To! 104 September 2015

The effects of the Great War within our nation remains an under researched area by authors. Bernard Lewis’ Swansea in the Great War is the first book received for review in a welcome new Pen & Sword series ‘Your Towns and Cities in the Great War’ which already includes Dover and Folkestone, Seaford and Eastbourne and a number of   major conurbations. To sum up the life of a city in wartime is a complex and time–consuming process.

As well as city records Bernard Lewis, an established local historian, has scoured Swansea’s records of its people, their work, their newspapers and memories to produce a fascinating work about the influence and effects of war on the city. Subjects range from recruitment and conscientious objection to relief efforts in the city and from the city’s industrial efforts and the changing role of women. The author provides a wide ranging and highly readable evaluation of Swansea at war which reveals much of the life of the city between 1914 and 1918, the unexpected consequences of war and, finally, how Swansea ensured remembrance of those who had died. 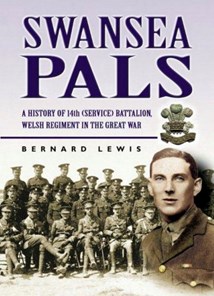 Swansea Pals: A History of the 14th (Service) Battalion The Welsh Regiment in the Great War

Members have full access to the archive of Stand To! 1981-2016 via their MEMBER LOGIN of Join The WFA.