The Devil’s Chariots. The Birth and Secret Battles of the First Tanks by John Glanfield 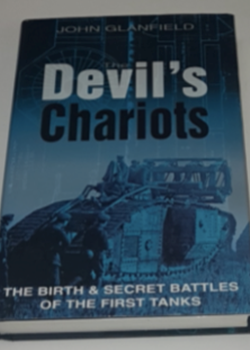 Much about the pioneers and the experimental machines and the frustration of the proponents of the new machine due to the constant battles between the tank makers and the military, both anxious to control the design and production. This book is the most important in shedding light on the revolutionary development that helped to win the war.