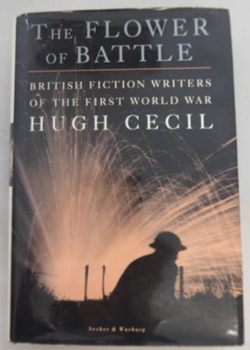 [This review first appeared in the October 1996 edition of Stand To! No.49]

Dr. Hugh Cecil, an historian at the University of Leeds, points out in the first chapter of this book that more than 400 British authors, who had firsthand experience of the Great War, used their memories as the basic materials for novels, short stories and other forms of fiction. As Richard Aldington pointed out, as writers of fiction they were free to alter settings, change and invent characters, and use again the dialogue of the trenches.

There was a definite time-lapse before the literary fiction which had its roots in the war was published. A novel is different from a poem - a poem can be written, at least in draft form, in the intervals between bombardments, or whilst on leave, or whilst recuperating in hospital; on the other hand, a novel needs time: time for the themes to penetrate the mind of the author, time for unconsciously-repressed experiences to bubble up to the surface and be consciously confronted and assimilated. I often wonder how society would have coped if Post Traumatic Stress Disorder had been recognised in the 1920s and 1930s - how many thousands of trained counsellors would have been needed to bring men's minds back to a semblance of normality. Instead, the vast majority got on with it as best they could, and a few - perhaps the lucky ones - were able to seek mental and spiritual peace by writing their memoirs, or novels, or plays. An even smaller number managed to get the fruits of their labours published. It is examples of these which are explored in this book, which makes a valuable historiographical contribution to Great War studies.

The author has taken twelve writers and their works. They are placed into three groups - those whose view of war was pessimistic, those with a positive stance and those who concentrated on the perceived gulf between combatant and noncombatant.

Little is known these days of several of the twelve - Robert Keable, Ronald Gurner, Richard Blaker - others will be more familiar to Stand To! Readers - Richard Aldington, Wilfred Ewart, Gilbert Frankau, Herbert Read and R.H.Mottram. The latter wrote my favourite of all the Great War fiction I have read, namely The Spanish Farm Trilogy, an unusually early (1924) and lengthy literary response to the war.

The chapter on Mottram in The Flower of Battle is typical of the book's approach - a biographical review of his life and war service (4th Royal Norfolks) interwoven with discussion of his literary output, its  characteristics and major themes. The author's letters, and diaries where available, are quoted in this and the other chapters. 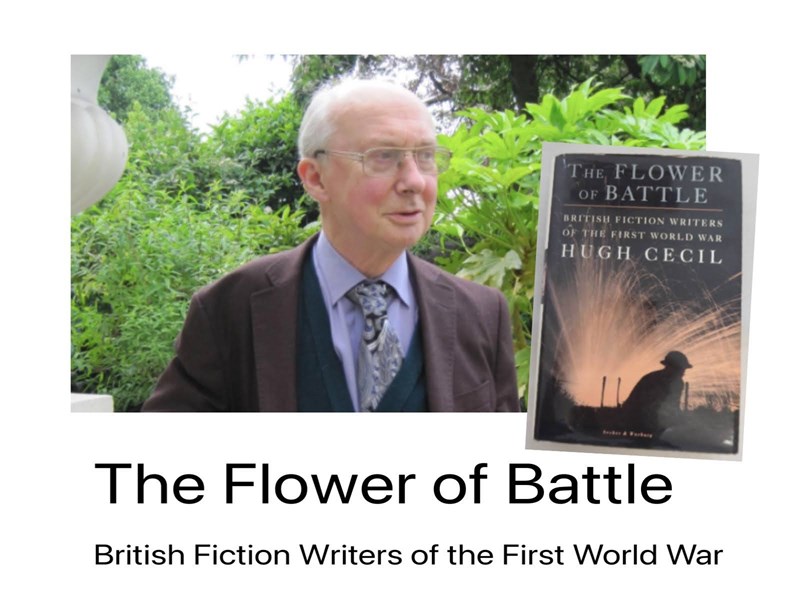 Hugh Cecil’s judgments on the twelve authors and their works are carefully argued and based on evidence.

I have always been of the opinion that in the study of this war, if no other, the trained historian and the literary academic should work alongside one another - the history lies at the root of the literature, and the literature is necessary to a proper interpretation of the history. Here we have both disciplines together in one author, and the result is both enlightening and instructive. A useful thematic bibliography and a good index complete this very worthwhile book.

Death of a Hero - Richard Aldington