The Guns of August by Barbara Tuchman 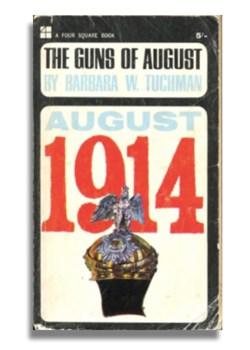 ‘Never judge a book by its cover’ or so the old adage goes. However, the cover of my edition of Barbara Tuchman’s The Guns of August suggested rather the opposite might be the case. In opening her account of the outbreak of the Great War, Tuchman chooses to go back to May 1910 and the state funeral of Edward VII. Her carefully crafted opening sentences establish the tone for the remainder of her book and what is one of its undoubted strengths, the quality of Tuchman’s prose.

The narrative arc of the text divides into two sections. The first part deals with events leading up to the outbreak of hostilities, the so-called ‘July Crisis’. The second records the battles on both the Western and Eastern fronts concluding with the German retreat following the Battle of the Marne.  Combining the political machinations of July 1914 with the resultant European conflict in August is undoubtedly an asset in aiding the reader’s understanding of what was a complex and interrelated series of events. However, this is undermined somewhat by where the author chooses to place her emphases.

On the one hand, the emphasis the author places on the impact of, and adherence to, the Schlieffen Plan and Plan XVII by Germany and France respectively is noteworthy. On the other hand, only one page is devoted to events in Sarajevo and insufficient attention paid to actions in Vienna and Berlin in the ‘July Crisis’. Moreover, too much significance is attached to the actions of the Goeben and the Breslau in bringing the Ottoman Empire into the war and the subsequent failure of the Entente to exploit second fronts such as Gallipoli. As Churchill stated ‘Germany is the foe, and it is bad war to seek cheaper victories and easier antagonists.’

Before picking too many holes in The Guns of August, one must acknowledge that it was first published 58 years ago in 1962. Subsequent research and scholarship have shed new light on activities in the Ballplatz, Wilhelmstrasse and Chorister’s Bridge. Where Tuchman’s work has stood the test of time is her insights into the rich cast of characters that moved across this particular stage. Thus, we are told that there were two classes of Prussian officer, ‘the bull-necked or the wasp-waisted’; of Sir John French’s hesitancy prior to the Battle of Mons, Tuchman speculates that ‘under his bold words and manner the natural juices of courage had been drying up’ and the Kaiser was ‘the possessor of the least inhibited tongue in Europe’ (and surely would have been an inveterate user of Twitter, had it been available in the early twentieth century).

There is a discussion in the foreword to my edition suggesting that Tuchman’s success lay in writing an ‘historical page turner’ as distinct from an academic historical treatise. Those two virtues are not mutually exclusive as the best of our current Great War historians demonstrate. Tuchman’s book did, however, set new standards when it was published and for that reason deserves our attention today. 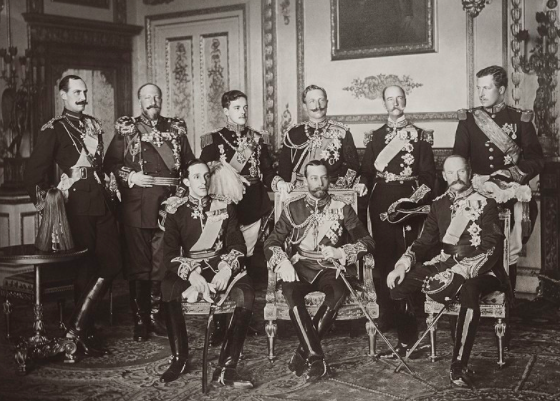