The Imperial War Museum Book of the Somme 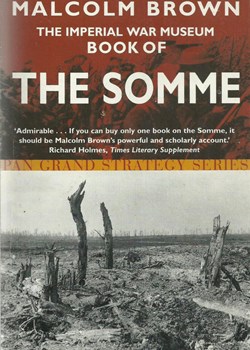 It was with a certain feeling of 'We've been here before' that I opened this book, afterall, had not so many already explored the Somme from every angle? Moreover I am not too keen on books consisting largely of personal accounts, valuable though these may be. Nonetheless I had not turned many pages before I became engrossed. The personal accounts have obviously been chosen with great care and have a feeling of freshness about them. Most were written at the time of the event or shortly afterwards and were probably not intended for publication; indeed most appear in print for the first time. Thus one can be sure of learning what the soldiers saw and felt at the time.

Malcolm Brown has linked these accounts with an excellent and factual text, resisting the temptation to play the armchair strategist or to exercise hindsight in holding post mortems. The story does make it clear that the Battle of the Somme did not end at midnight on 1 July 1916 which was merely the first day of the longest and costliest battle ever fought by the British Army.

It is easy to forget that momentous battles were fought on the Somme in the Spring of 1918 and that the British Army gained there perhaps its greatest glory during ‘The Last Hundred Days'.

The chapters covering those 1918 battles are necessarily briefer than the earlier ones but at least help us to remember the British Army of 1914—18 not merely for what it endured but for what it achieved. There are chapters on the German experience and on how the civilians viewed the battle. We therefore have a completeness often lacking in other works. It is also well referenced.

This is not a book for those seeking to examine the higher conduct of the campaign. If, however, you want an interesting, well-balanced and comprehensive account from the sharp end of battle, this is one for you. Incidentally, it was originally published in 1996 as a hardback by Sidgwick & Jackson.

[This review first appeared in the journal of The Western Front Association Stand To! Issue 52 April 1998. This and other copies of Stand To! are available to read online to members by signing in using their Member Login] 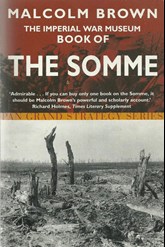