The Indian Army in the First World War 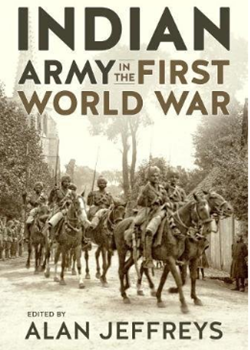 The Indian Army raised some 1.4 million volunteers during the Great War of whom 53,000 died on various fronts. Although immediate interest in the role of the Indian Army after the Great War stimulated the publication of many books, copies of most of them are now rare and expensive.

Encouragingly, more recently, interest has grown in India’s role in the Great War in both the UK and India. In the UK Gordon Corrigan’s Sepoys in the Trenches, (1999), kick–started renewed interest. George Morton–Jack’s excellent book The Indian Army on the Western Front: India’s Expeditionary Force to France and Belgium in the First World War, moved things on in 2014 and his Army of Empire: The Untold Story of the Indian Army in World War I is further recognition of India’s massive contribution.

Helion’s contribution, The Indian Army in the First World War, offers 14 extended essays detailing a valuable and genuinely fascinating range of opinions about its activities from the key role it played on the Western Front in 1914 and 1915 to its troubled mobilisation and its growth, recruitment and logistical problems. In addition the nation’s frequently overlooked role in the Dardanelles, operations in the Middle East, the means of extending its officer corps, its role as cavalry and, finally, its demobilisation are evaluated.

This increasingly popular shift towards multi–essay publishing in one single volume dictates the need for sound editorship to prevent unnecessary repetition by and across authors. Here, such editing is missing on parade making for testing reading, requiring patience, concentration and good will on the part of the reader.

Although each contribution reveals impressive evidence of primary and secondary research, it is, for instance, meaningless to offer Indian Government expenditure in rupees without offering a £Sterling equivalent – either in period or now. The 14 authors are academics who, with one or two exceptions, write relatively free of the constraints based on academic study (or re–written theses). It might be judged churlish to name the guilty exceptions. I leave readers to spot one author’s clumsy, verbose, sentence structures, failure to deploy the singular or the plural coherently and lapses into US politic–speak. Equally, only editorial naivety allows individuals’ names to be repeated twice or even three times in following sentences. (Is the use of ‘he’ without the editor’s purview?)

The index is equally unimpressive. Some important yet little–known facts emerge in the book about the role of ‘Tommy’ Capper – the commander of the British 7th Infantry Division 1914/1915) – during his role as commandant of the Indian Staff college. Yet, he, like others mentioned in the text, are absent from the index.

Despite these disappointments, The Indian Army in the First World War is informative – of value to Indian Army tyros and those with a particular interest in the topic. Whilst I have reservations, overall, it is difficult to do other than recommend this work – yet also say ‘please buck–up’ to Mr or Ms Editor(s).

This review first appeared in the May 2019 edition of Stand To! the journal of The Western Front Association. Members receive Stand To! three times a year and our in-house magazine Bulletin three times a year. Digital Members receive these in digital form and have access to them online. All members have access to the Stand To! archive comprising all issues from No.1 bar the latest three.