They called it Shell Shock: Combat Stress in the First World Wa 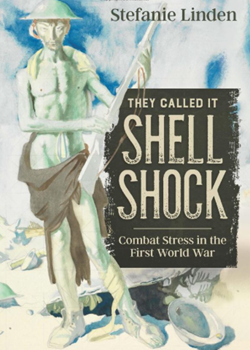 On its hardback debut, a review in Stand To! noted that Stephanie Linden’s They called it Shell Shock: Combat Stress in the First World War, (Helion, £21.95, pb), was the first ‘modern’ book on the subject by a psychiatrist. The term ‘shell shock’ and the treatment of war neuroses created a maelstrom of medical opinion, diagnoses, mental and physical disabilities and treatments. Debate was international, British doctors being informed by publications in ‘trade journals’ and by translations of those in foreign, primarily German, medical journals. Linden’s scope is impressive, the book’s illustrations well and aptly chosen. In asking, ‘Was shell shock simply another term for PSTD?’ She answers ‘It is not that straight forward’ and underlines that it is still not. Recommend highly.