With a Machine Gun to Cambrai by George Coppard 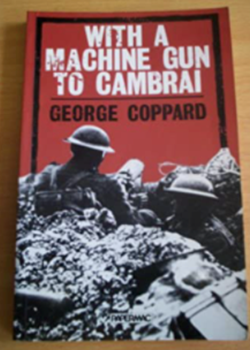 Originally published in 1969, this is a reprint of the revised edition of 1980. An excellent first- hand account of the life of a machine-gunner on the Western Front. 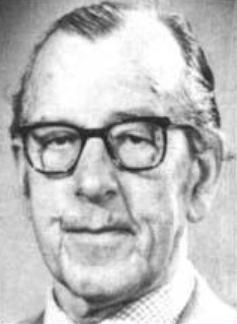 George Coppard was born in Brighton  26 January 1898. Age 3 at the April 1911 England Census he was living in Brighton with his 43 year old grandmother, a wash laundress. Ten years later he was still with his grandmother, two of her daughter and a lodger at 51 Buller Road, Brighton.

He enlisted August 1914 in the Royal West Surrey Regiment giving his age as 19 years and 7 months; he was in fact three years younger. He was sent to Stoughton Barracks in Guildford for training.

He went to France in June 1915 as part of a Vickers-gun team.

He was accidently shot in the foot 17 October 1916 and falsely accused of causing a self-inflicted wound which was later overturned. 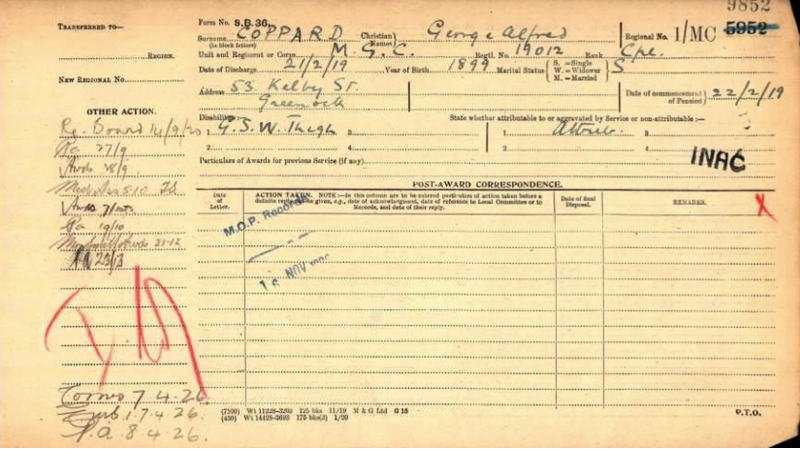 Demobbed 22 February 1919, he went through a period of unemployed - he had a disability allowance from his November 1917 wound. He found word as a steward at a golf club.

In 1946 he got a job with the Ministry of National Insurance which he retained until. he retired in 1962.

‘With a Machine Gun to Cambrai’ was published in 1969.