'The Salonika Campaign' with Alan Wakefield

Between 1915 and 1918, British troops were part of a multi-national Allied force fighting against the Bulgarians and their allies in the Balkans. Although disease and the harsh conditions took a heavy toll, they eventually brought the campaign to a successful conclusion. Alan Wakefield is the leading expert on this 'forgotten' campaign and will talk about the British Salonika Force's actions using personal accounts from officers and men who were there. 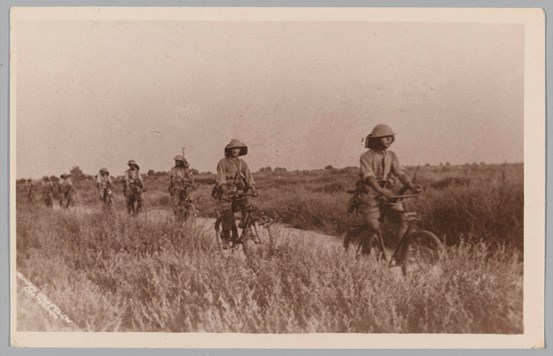 Above: Patrolling the Struma Valley on bicycles, 1917 (NAM)

Alan is currently Head of First World War & Early 20th Century Conflict curatorial team at the IWM. He is a member of the British Commission for Military History and Chairman of the Salonika Campaign Society. He writes and lectures on various aspects of military history, with particular emphasis on the First World War and over the past decade has led many tour groups to the battlefields of the Salonika Campaign.