Surrey Branch at the CWGC Open Day at Brookwood Cemetery

On September 2nd the CWGC had an open day at the Brookwook Military Cemetery.  Surrey branch had a stand and Surrey Branch volunteers acted as guides, giving tours of the cemetery. 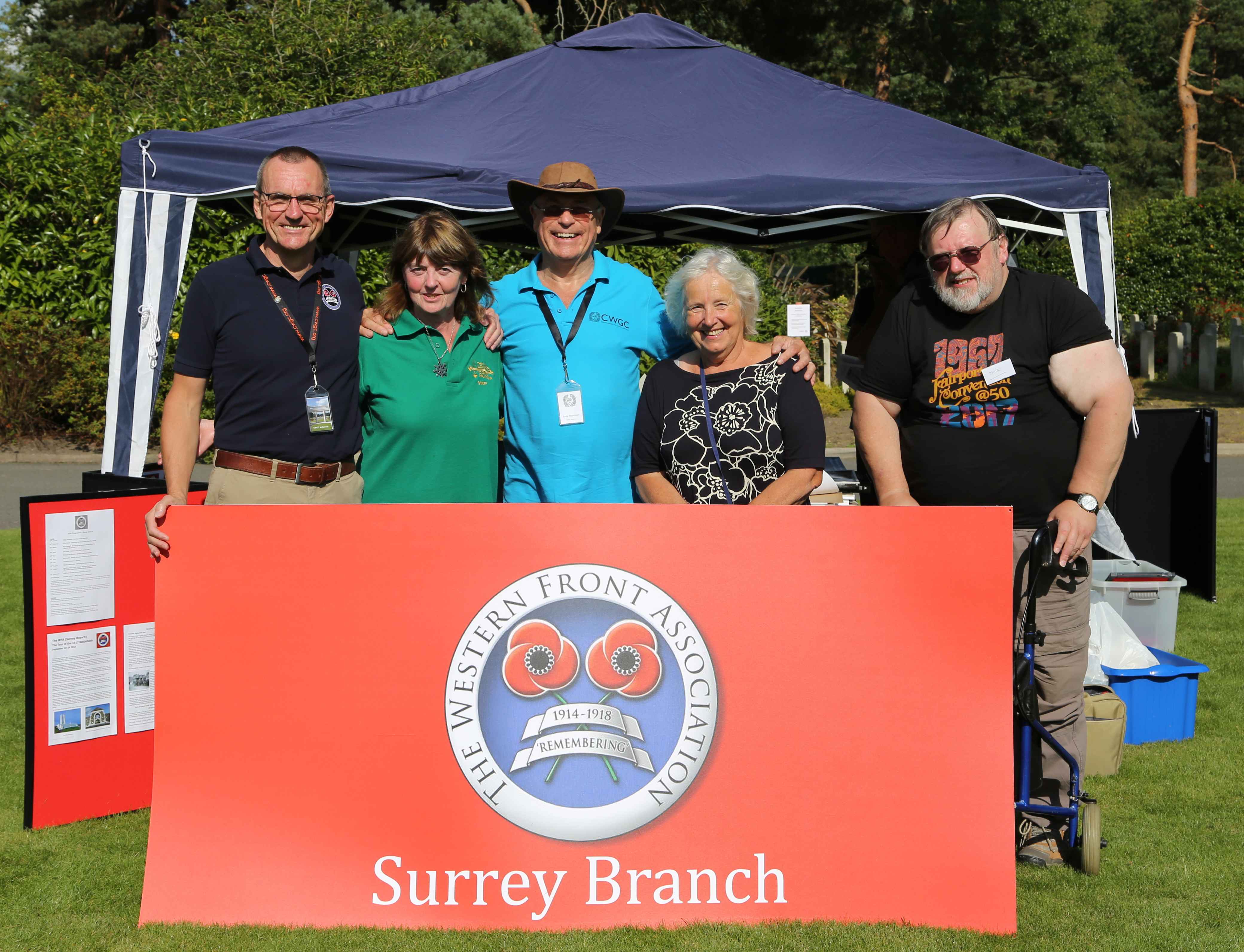 The photo below shows Andy Thompson, the Surrey Branch chairman, having a go at carving letters on a slab of Portland stone as used for the cemetery headstones.  The CWGC stonemason is just out of the picture keeping an eye on Andy's progress. 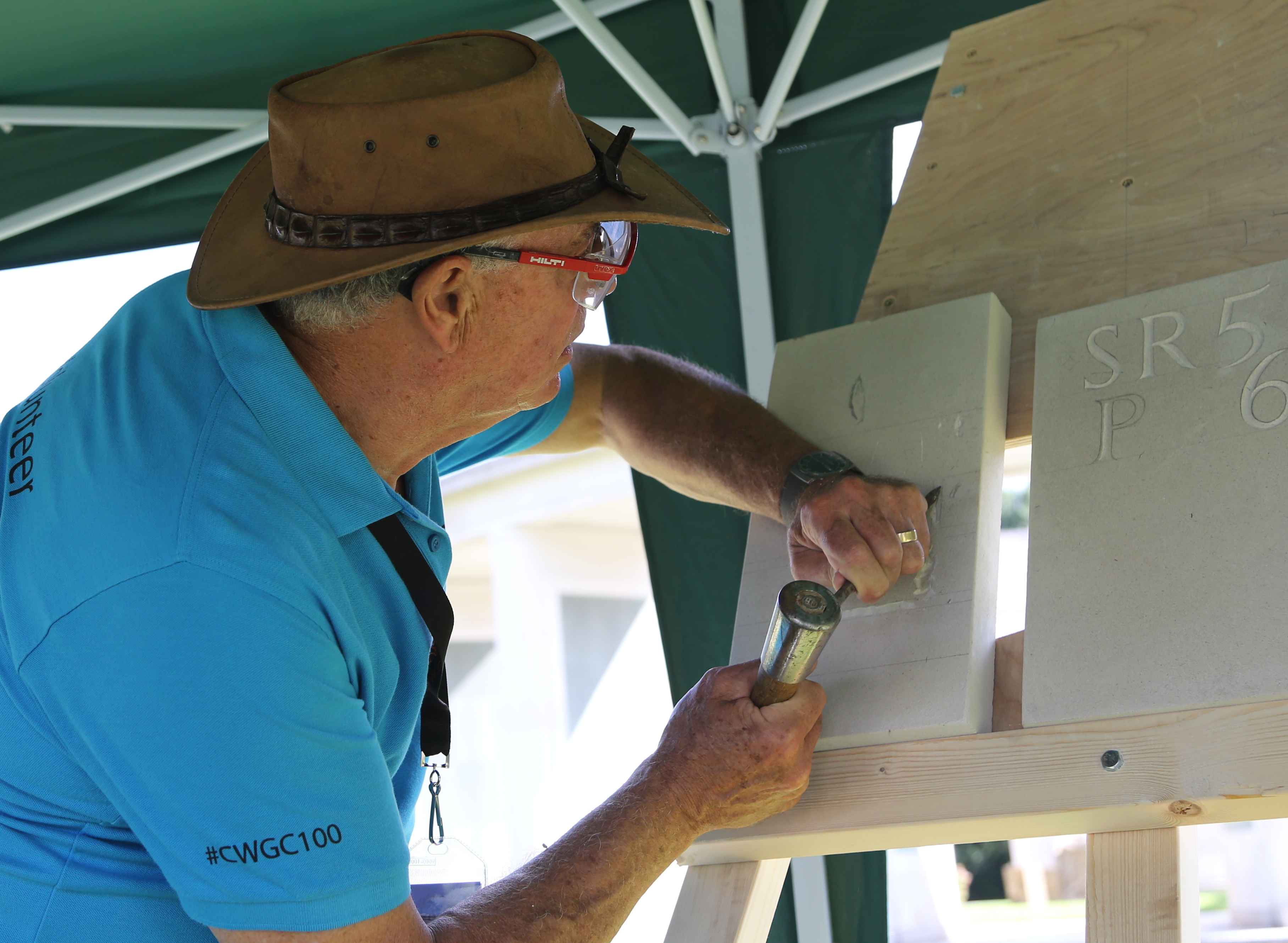 This was the first such event held at Brookwood and was a great success.  Approximately 400 people attended and many of them came to our stand to talk about the Great War and the WFA.