The Gallipoli Effect on the Western Front: Clive Harris

The Gallipoli Campaign can only realistically be described as a complete military defeat. From its conception, planning and execution through to eventual successful evacuation, a study of the campaign turns up error after error at the Operational level. Yet, as the last boats slipped their moorings, marking the end of Gallipoli, many of those who had witnessed the ill-fated venture continued their war elsewhere. This presentation ponders what became of the Gallipoli men and considers how their experiences at the tactical level, along with the initiative and innovation they inherited on the peninsula helped deliver ultimate victory on the Western Front. 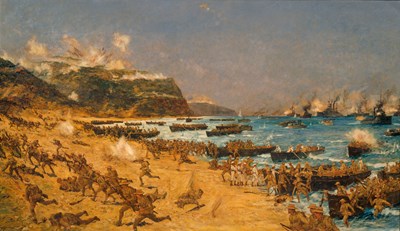