ONLINE 'A Fine Feat of Arms': The Zeppelin Base Raids, Autumn 1914

In the summer of 1914, as Europe teetered on the brink of war, the spectre of immediate Zeppelin raids on London and other major British towns and cities loomed large. When First Lord of the Admiralty Winston Churchill accepted responsibility for the aerial defence of London, he recognised that Zeppelins were most vulnerable when on the ground. Despite limited resources, he believed that attack provided the best method of defence against the Zeppelin menace and, in autumn 1914, authorized the Royal Naval Air Service to carry out raids on Zeppelin bases in Germany.

Whereas much of what we study in the First World War focuses on the actions of great bodies of men - of divisions, corps and armies – this talk highlights the work of individuals, the handful of men who carried out some of history’s earliest examples of strategic bombing, at a time when aviation itself was in its infancy. It is a tale of great courage, intrepidity and much derring-do!

Ian Castle has been researching the German air raids on Britain for 15 years and during that period has written a number of books on the subject, including the first two volumes in a three-book series on the raids (Zeppelin Onslaught – The Forgotten Blitz 1914-1915 and Zeppelin Inferno – The Forgotten Blitz 1916), as well as writing articles for various journals and magazines. He has also created a highly regarded website on the raids at www.IanCastleZeppelin.co.uk 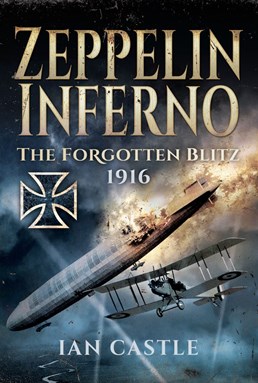 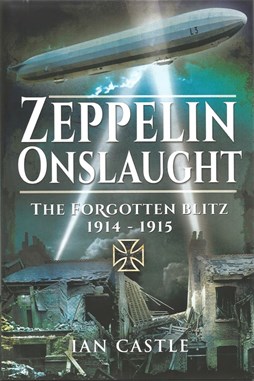 It is also possible to register by clicking this link: A Fine Feat of Arms

The image at the top of the page shows three aircraft at Belfort in France prior to taking part in the raid on the Zeppelin Works at Friedrichshafen, November 1914.

Your Computer, Your Home
ONLINE 'A Fine Feat of Arms': The Zeppelin Base Raids, Autumn 1914, membership@westernfrontassociation.com