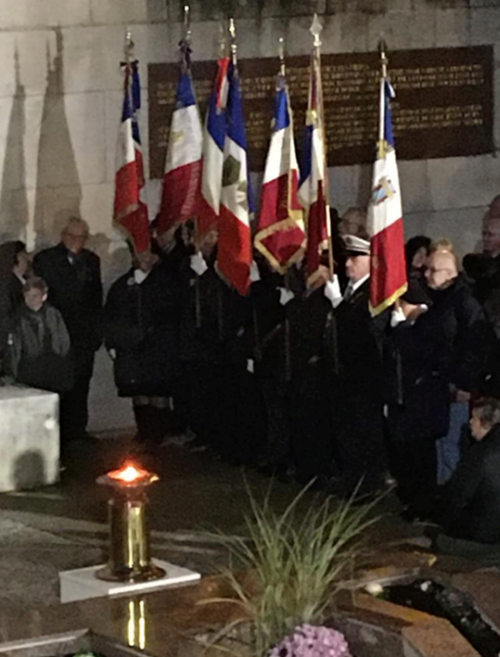 This year I decided to spend a few days over Armistice weekend with friends in Verdun. We took part in two ceremonies. On Remembrance Sunday we stood, side by side with the French and a small German contingency, outside the Ossuary in Verdun. The Eternal Flame had come from the Arc de Triomphe in Paris and was carried carefully and sombrely into this most sacred of buildings.

The flame will be taken to Darmstadt in Hessen and shared on Sunday 17th November on "Volkstrauertag" (The People's Day of Mourning) in the Military Cemetery in Modautal/Brandau there as a sign of Franco-German solidarity.

Hessen was chosen for as many men from Darmstadt, Giessen, Offenbach, Butzbach and Friedberg perished at Verdun in 1916. 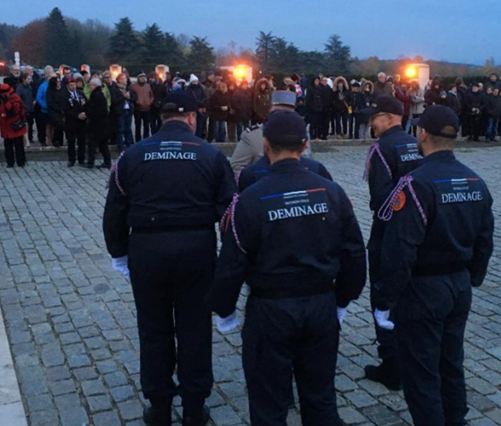 We also attended a memorial service at the Victory Memorial in the centre of Verdun. Here we once again stood, side by side with people from France and Germany. The German National anthem was sang, followed by The Marseillaise. The flame was shared here too.

On the 11th November at 11 a.m., we happened to be at La Tranchee de la Soif, or Trench of Thirst in Ailly Wood, where French soldiers fought desperately for three days in May 1915 without food or water and had to surrender to the Germans. We held our own two-minute silence there, just the four of us.