It is with great sadness that we have learned of the death of Correlli Barnett who was the President of The Western Front Association from 1998 to 2011.

Born on 28 June 1927, Correlli Douglas Barnett was educated at Trinity School, Croydon and at Exeter College, Oxford. He undertook National Service with the Intelligence Corps between 1945 and 1948.

An author of numerous works, Correlli also worked with John Terraine as historical consultant and writer for the BBC television series The Great War (1963–64) for which he won the Screenwriters Guild Award. He also worked with the BBC on 'The Lost Peace' and 'The Commanders'.

Some of his books include:

The Introduction by Correlli Barnett to John Terraine’s ‘1914-1918 Essays on Leadership and War ’. 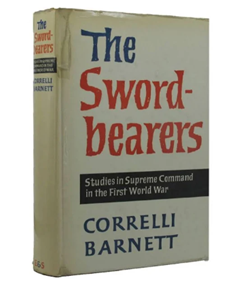