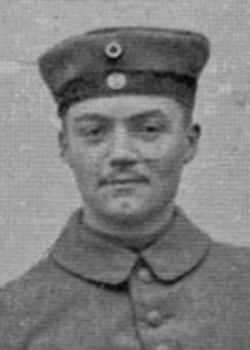 From Burladingen, Baden, Josef was born on 22 August 1893. Already a serving soldier at the outbreak of war, he transferred to the newly expanded Lehr Infantry Regiment at Potsdam in early 1914 and first saw action at Namur during the invasion of Belgium in August 1914.