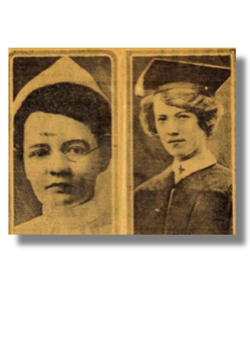 On 19 May 1917 two American nurses Helen Burnett and Edith Ayne were killed. They were aboard the transport ship SS Mongolia which was carrying staff and equipment of Base Hospital 12 from New York to France. During target practice on the open sea ordnance fragments struck several people on the promenade decks of the SS Mongolia killed nurses Burnett and Ayne.

Helen Burnett and Edith Ayne were amongst the earliest casualties of the war and the first female American killed in military service.