Reviewed by Stephen Broomfield. In 1913, Achiel van Walleghem was appointed curate to the village of Dickebusch. After the flight of the priest in 1914 he became responsible for the souls of the residents of the village. In 1916, he was forced to move to Reninghelst, but still visited Dickebusch regularly and to care for those still living there (…

I Embarked for France: The War Diaries and letters of an English family in the Great War: Evelyn Ansell, 19th King’s Liverpool Regiment

Reviewed by Linda Parker. Although this narrative of a family’s journey and the mixed fortunes of war is focused on Evelyn Ansell, its first chapter, describing the end of a family holiday in August 1914, introduces his family as the lens through which the Great War is seen. As Meryl Moore comments 'I read these family letters and lived the war ye…

[This article first appeared in Stand To ! 20 Summer 1987] pp 7 - 8   First let me say a word of reassurance: it's only a few weeks ago that a number of you will have received a longish burst from me at the National Army Museum on Founder's Day. Don't worry - this time I shan't keep you long. I only want to say two things, really, about ourse…

[This article first appeared in Stand To! 34 Spring 1992 pp7-12] I think I have to begin with an apology today. It is addressed to any of you who may have come to this meeting hoping that they would be hearing about the Aisne, the Department of Northern France named after a quiet, pretty river, noted for its fishing, which in 1914 became the scene…

This event has been CANCELLED. Read on for the decision taken by the Executive Committee having consulted the Charity Commissions > AGM 25 April 2020     To book place + book optional £15 buffet lunch. Contact Steve Oram : secretary@westernfrontassociation.com    Venue: Headingley Theatre in Conference Centre - opposite main hotel entran…

Stephen Barker” 'Hardit Singh Malik - the Flying Sikh'.  From his arrival in the UK alone in 1912 as a fourteen-year-old, to Balliol College, Oxford and into the Royal Flying Corps during the First World War, Hardit Singh Malik lived an extraordinary life, often in the face of great adversity, yet always with with charm and good humour. He played …

The hype around the new Sam Mendes film '1917' is building up. The film is due to be released in the UK on 10 January. Below is a long 'trailer' which WFA members may find interesting. (Hint: try watching in full-screen mode if you are viewing this on a desktop. To view in full-screen more, after pressing 'play' - click the icon in the bottom rig…

The following piece, by military historian Andrew Rawson discusses the location implied in the new film '1917'. I am no fan of the majority of modern World War I films, because errors and inconsistencies with the facts irritate me. However, they do bring pleasure to a great many and even introduce new people to this important period of history. I …

This month the branch is very pleased to welcome back Ross Beadle who, on this occasion, will speak on the subject of Cambrai. This significant 1917 action was notable for the use of tanks but was also a significant artillery battle that merits further study. Members and guests are encouraged to come along and listen to what will be an information…

Michael Orr talks about ‘Bunny and his artillery company: Command and Morale in 2nd Battalion Honourable Artillery Company in 1917’, a lecture from the joint WFA and British Commission for Military History conference ‘The Armies of 1917’, held in April 2017. 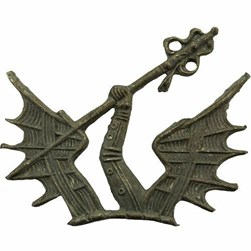 Dr Tim Gale talks about ‘The development of French armoured warfare doctrine in 1917 ’, a lecture from the joint WFA and British Commission for Military History conference ‘The Armies of 1917’, held in April 2017. 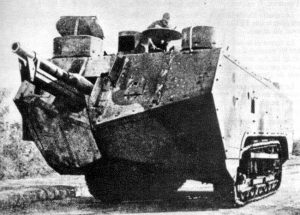 Dr Paul Harris talks about ‘The British Army Staff System in 1917′, a lecture from the joint WFA and British Commission for Military History conference ‘The Armies of 1917’, held in April 2017. 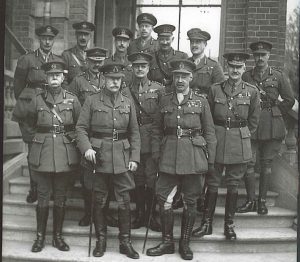 Philip Pratley talks about ‘Irish Soldiers One Year On: The Changes of 1917 ’, a lecture from the joint WFA and British Commission for Military History conference ‘The Armies of 1917’, held in April 2017. 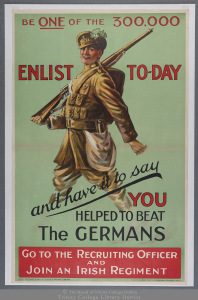 Dominiek Dendooven, from the In Flanders Fields museum, discusses the recently published 1917 diary of Belgian priest Achiel Van Walleghem, who was based near Ypres behind the British lines (Edward Everett Root Publishers Co. Ltd). 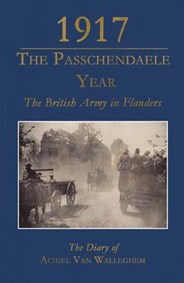 Crossing the Devastated Zone, 1917: Lessons and Consequences for the British Expeditionary Force by Rob Thompson

The German withdrawal to the Hindenburg Line, 14 March – 5 April, 1917, is something of a footnote in the study of Great War military operations yet the engineering and logistic lessons taught were of crucial importance to the success of BEF mobile operations in 1918. It represented the BEF’s only experience of a mobile pursuit against an enemy re…

Rob Thompson has been awarded a Western Front Association Hero Award for his contributions to the WFA over many years.

Rob Thompson has spoken at The Western Front Association AGM and National Conferences as well as speaking at many Branches. In addition, he has provided interesting articles for our journal Stand To! and our in-house magazine Bulletin, for example his current overview of 1917 'Crossing the Devastated Zone, 1917: Lessons and Consequences for the Bri…

[This article first appeared in the April 2020 edition of Bulletin, No. 116.] There is much to write about the film 1917. But in the interest of those prospective cinema-goers who will journey to the trenches for Sam Mendes’ ode to his grandfather (Rifleman Alfred Mendes M.M., 1st Rifle Brigade, 4th Division), I will do my best, for now, to …

Son of the artist Edward Victor Van Goethem and Lucy Beatrice (née Lafone) of Tregarthen, Parkstone, Dorset.  Educated at Lindley Lodge, Nuneaton and Sherborne, followed by City and Guilds’ College, South Kensington. Obtained a commission in the Special Reserve of Officers 28 April 1915. He was seriously wounded in an aeroplane accident and on r…

‘Gunfight at St Julien’  Peter Arscott relates the exploits of G Battalion 1st Tank Brigade at St. Julien on 19 August 1917. pp 22-26   [This article first appeared in Stand To ! No.37. Members received three issues of Stand To! - the Journal of The Western Front Association, and Bulletin, or in-house member-magazine a year and acces…