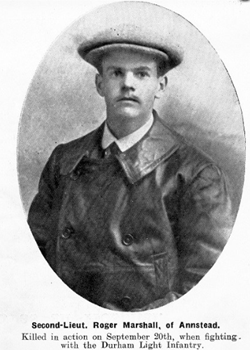 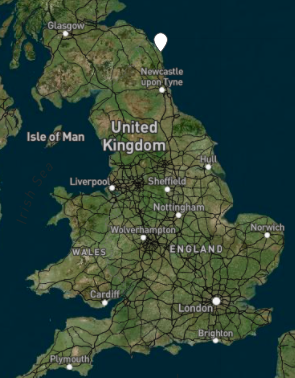 At the 1891 Census the household included the Marhsall parents, the five children age 13 to two months (Roger), a governess and six domestic servants. 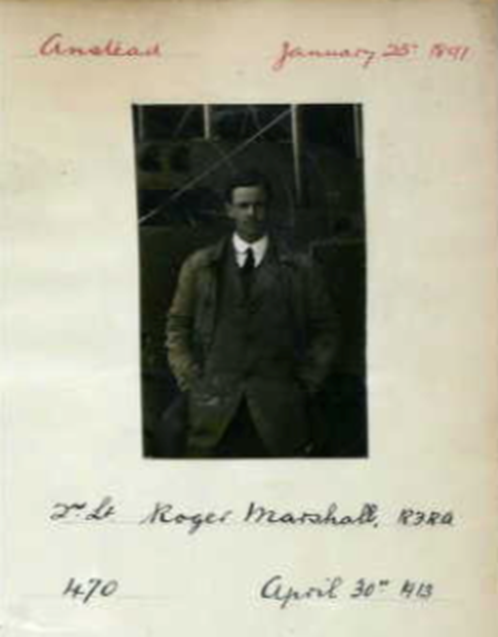 In April 1913 he was awarded the Royal Aero Club Aviator’s Certificate. He was noted as an excellent shot and rider. Roger was gazetted 2nd Lieutenant in the Durham Light Infantry on 15 July 1914. 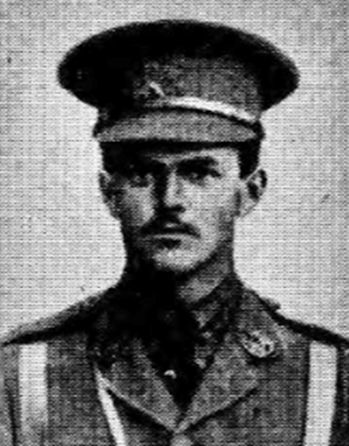 Second-Lieutenant Marshall was killed in action in the Battle of the Aisne as the DLI held their ground. 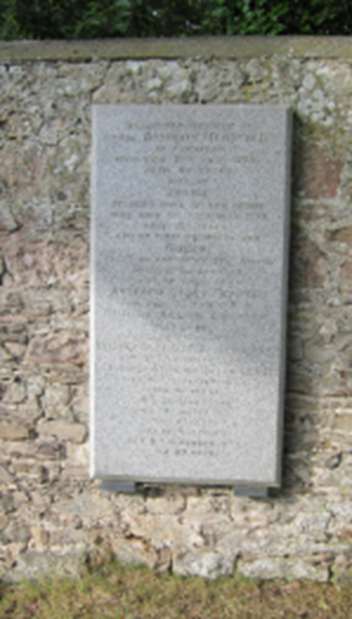 Roger is remembered on a family plaque in the churchyard of St. Ebba's Church, Beadnell, Northumberland

'Tribute to the Fallen, 1914-1920: Men of Alnwick, Amble, Rothbury and Wooler district’ by David Thompson.