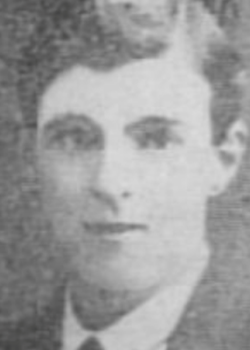 Sidney Crossley was born in Burnley in 1890

Parents Herbert (a dock foreman working for a canal company) and Ellen (a cotton weaver).

One of only two children at the Census in 1901 and living at 29 Greenshaw Street, Burnley. Ten years later parents and two children are now living at 134 Everly Street, Nelson. Both Sidney (age 20) and his sister Annie (15) were weavers in a local mill.

After training, Sidney was sent to the 9th Battalion, East Lancs which was serving in Salonika, arriving with his Battalion at some time circa Dec 1916/Jan 1917 in the vicinity of Spancovo. 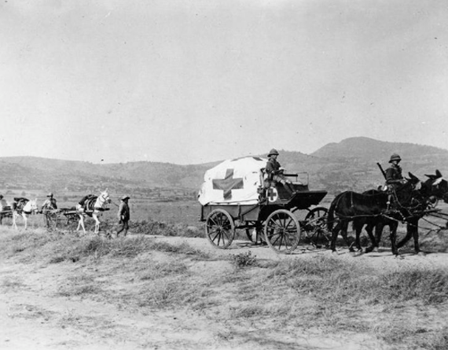 In June 1917, Sidney was one of many who fell ill with bouts of dysentery and/or malaria but, unfortunately, he never recovered. He is now buried in Salonika (Lembet Road) Military Cemetery, Greece. 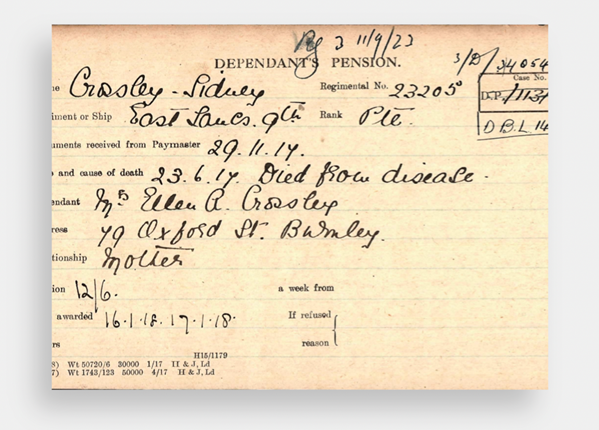 From this Pension Card we see at the time of his death his mother was was living at 79 Oxford Street, Burnley.