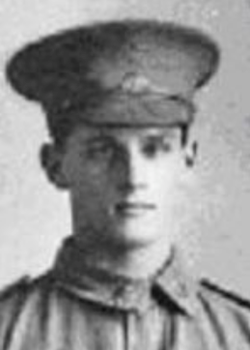 A farmer from Mackay, Queensland, William was born in January 1898. He enlisted into the AIF on 21 February 1916 and embarked from Sydney (for the UK) on 22 December the same year. Training in the UK at Codford and Bulford, he spent a month in hospital and also underwent Field Punishment No 2 for a misdemeanour in March 1917. William set sail for France on 14 December 1917 and joined his unit near the frontline in Belgium the following day. During the German offensive of March 1918, his battalion was rushed southwards to help stem the tide of the German advance in front of Amiens where he was killed, near Villers Bretonneux, on 26 May 1918. He is now buried in Adelaide Cemetery, Villers Bretonneux.