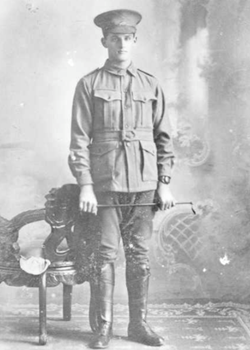 A farmer from Mackay, Queensland, William enlisted, age 18 into the Australian Imperial Force on 21 February 1916 and embarked from Sydney (for the UK) on 22 December the same year. Training in the UK at Codford and Bulford, he spent a month in Parkhouse Military Hospital, Bulford. He underwent Field Punishment No 2 for 7 days in March 1917 for a misdemeanour in April. 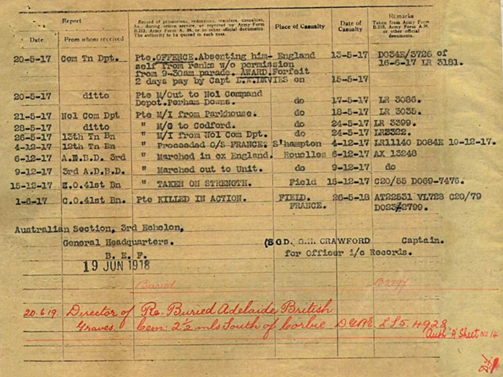 While on active service conduct to the prejudice of good order and military discipline, in that he attempted to wit an injection of 606.

And then in May he ‘absented himself from ranks w/o permission from 9.30am paraded and had to forfeit 2 days pay. 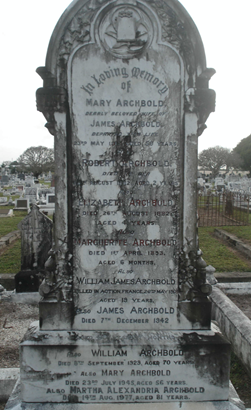