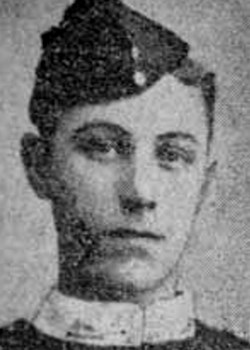 Living at 113 Sandygate, Burnley at the time of his re-enlistment in August 1914, John had originally seen boy service with the Manchesters since late September 1901.

A recalled reservist, he landed in France on 8 October 1914 seeing service in the area of Richebourg. Whilst holding the line in the vicinity of Festubert on 29 October 1914, John's battalion came under heavy German attack and a section of line was lost but which was taken back in a counter-attack that afternoon.

John was one of 76 soldiers of his battalion killed or missing since 21 October and he is now commemorated on the Le Touret Memorial.