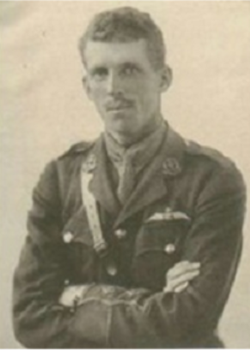 At the 1901 the family lived at Westfield Parkside, Wimbledon with 8 servants (nurse, cook, parlourmaid, housemaid, groom, kitchenmaid and nursemaid, and above the stables a coachman and his wife). 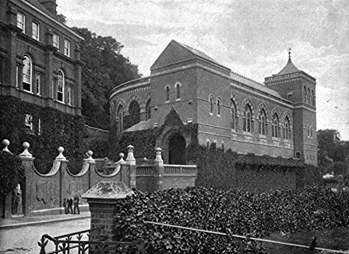 Educated at Cromer Prep School, where he was Head Boy and  Harrow where he won the Champion Senior swimming Cup and became a monitor and head of his house. At University College, Oxford he won a half blue for swimming, winning the 100 yards swimming for Oxford against Cambridge in 1913, also competing in the water-polo team. and passed his history honours June 1914. He also represented his college at lawn tennis and only just missed out on representing the university at the Varsity Match.

Commissioned June 1914 he was sent to Gibraltar and then to Egypt where he fought against the Senussi.

Attached to the Royal Flying Corps and obtained his wings after one month’s training.

Served in France from 4 October 1916. In March 1917 he returned to England to collect a new plane (most likely a Bristol Fighter) and return it to France. He had two ‘kills’ to his name. 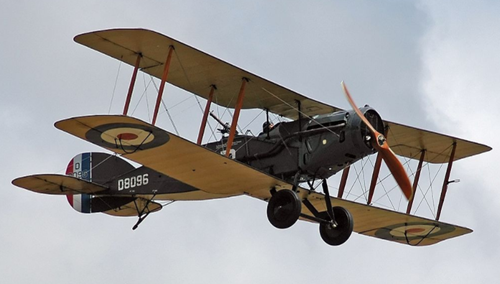 Died 5 April 1917 of wounds received in an aerial fight when the patrol he was on of six Bristol Fighters met Manfred von Richthofen’s Jasta 11 of Albatros D.IIIs. Though mortally wounded Harry fought off two or three enemy machines above and succeeded in returning to his base, made a perfect landing and died an hour afterwards. His observer 2nd Lieut. Charles Gustave Rochefort Mackintosh was also killed.

He was buried in the British Cemetery, Ovillers-la-Boisselle, Somme, France.