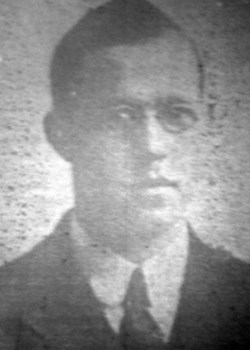 Charles Wilton Illingworth, the son of Andrew, a fine cloth drawer and Sarah was christened on Christmas Day at South Ossett, Christ Church.

At the 1911 Census Charles, age 19, was living at home at No.6 Grove Street, Ossett with his parents, sister Mary and widowed Aunt Emma. He was by this time a clerk working for a fellmongers.

Charles enlisted 11 December 1915. From his surviving Service Records we learn that he was 5 ft 2 1/2 inches tall. He transferred to the Durham Light Infantry 20 October 1916.

Charles was killed, age 24 years, just 15 days after being transferred to the DLI during the attack on the Butte de Warlencourt. 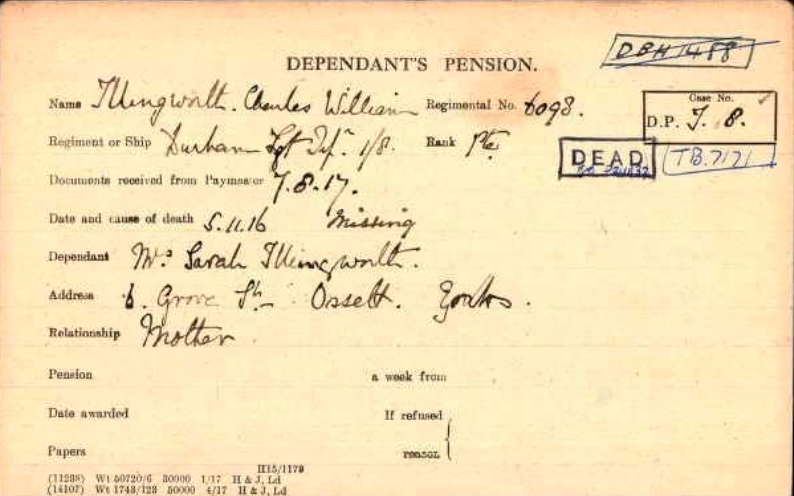