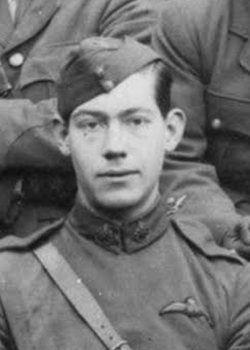 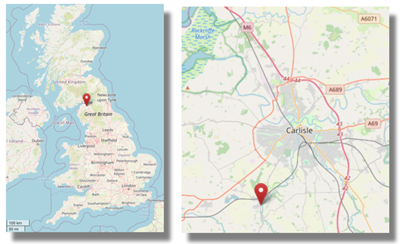 His father was Twentyman Wilson and mother Sarah were both from Dalston outside Carlisle, Cumberland and had agrarian backgrounds: the Wilsons were blacksmiths and wheelwrights, the Nixons and Nichols on Sarah's side worked a small holding.

Twentyman got work in the then booming industrial town of Consett. Starint out as the head groom he went on to become the chauffeur/mechanic to the Murrays and at the time of the 1901 Census he lived at 61a Benfieldside Road, Benfieldside just down the lane and drive from his employer. At the time they had three boys: Percy, John and William.

To his parents William was known as ‘Willie’ to his five brothers ‘Billy’. At the April 1911 Census the family are living in the lodge, parents Twentyman, mother Sarah, the boys Twentyman Percy, then 17 and working in a market garden, Jack by then 14 and a clerk or errand boy at the North East Brewery where he had worked since his birthday the previous August. There was a ten year gap before Spencer, another boy, age 1 at the time. They also had living with them cousin Margaret Wilson, a laundry maid at the North West Durham Laundry. 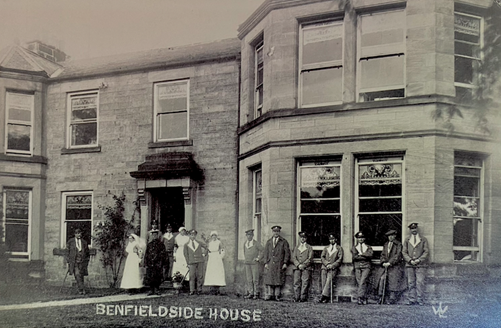 The Murrays owned the North Eastern Brewery and a chain of grocery stores and theatres in the region. JG Murray lived in 'The Big House' - Benfieldside House, with his wife, daighter and a myriad of domestic and other servants to look after the garden, run the stables and motorcars. When the Murrays got their first car, a 10 hp Beeston Humber in around 1905/1906 Twentyman was trained up to be the chauffeur/mechanic and for a period drove J G Murray around the branches. 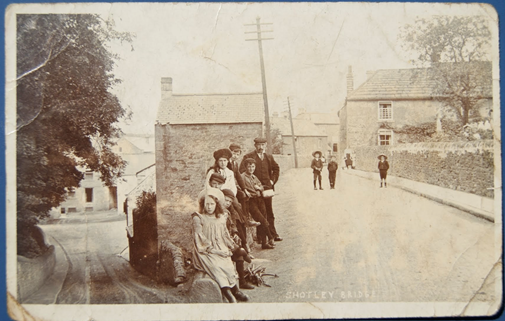 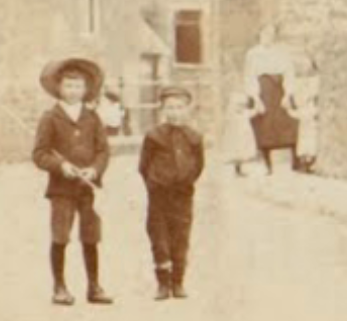 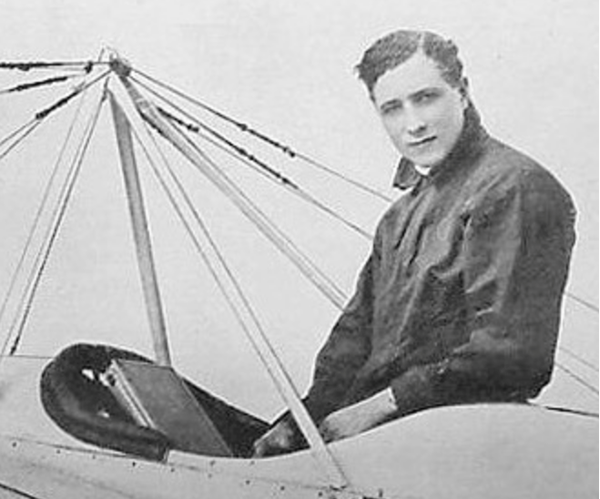 In 1912 their Uncle Billy Steel took Jack and Billy to Carlisle Race Course where they saw the aviator Gustav Hammel. Afterwards the boys made and played with toy aeroplanes and kept up their interest in aircraft.

Billy left school age 14 in August 1913. He was taken on as a copywriter at the J Ainsley & Sons on Tailor Street, Consett. Having being taught to handwrite beautifully with an ink pen his job as a ‘copywriter’ was to copy out legal documents and letters longhand. Four years later, in his enlistment papers completed in August 1917, Billy gave his job as an apprentice motor mechanic. By this time their father had left the employ of the Murrays and was running his own taxi business in Consett. Both Jack and Billy took a great interest in the motor engines. It was also understood that the Royal Flying Corps were interested in men who were ‘mechanically minded’ - it would have helped Billy in his application to join the RFC as an air mechanic.

When the war broke out in August 1914 their older brother, Percy, who had been working in a market garden, went into forestry work. Jack enlisted in December 1915 and in early 1916 after only a few weeks of military training was picked out to join the Machine Gun Corps.

Billy enlisted into the Royal Flying Corps on 8 August 1917 as an Air Mechanic. His age on enlistment is given as 17 years 11 months. He was kept in reserve for a few weeks before taking up his new role on 10 September 1917. A few weeks later Billy was sent to Hastings in the far south of England for military training. Over six weeks the men learnt drill and undertook fitness training on the South Downs and the beach.  At his time Billy wrote to his brother Jack in Poperinghe wondering why he had not joined the Royal Flying Corps given their interest in aeroplanes. This prompted Jack, by now a Corporal in the Machine Gun Corps, to apply for a transfer to the RFC which duly came through at the end of December 1917. Billy completed training in the mechanics of aero engines in Oxford. However, on 9 January 1918 Billy was awarded a temporary commission as 2nd Lieutenant (on probation). He continued his training, now as a Flight Cadet and officer pilot, at South Farnborough and Upavon.

2nd/Lieutenant William Nichol Wilson, by now a qualified bomber pilot, arrived in France on 19 June 1918. A few weeks later, on 11 July he joined 103 squadron. He would be flying De Havilland 9s (DH9s). The DH9 had a max speed 113 mph and endurance of 4 Hrs 30 mins. Its service ceiling was 15,500ft. The engine was considered inadequate as it could not get above fighters. Performance was thought poor and and unreliable. In fact, nearly twice as many DH9s were written off in accidents than in combat.  In 103 Squadron there were typically 20 Pilots attached, of whom 3 might be on leave at any one time. There were 14 Observers and then 30 or more ground crew. On a typical day 15 planes would be available, the others being out of service. Usually around 12 took to the air.

Lt Wilson had a number of different observers at first. His first bombing raid was on 29 July. They were airborne for a little over an hour and aborted the mission landing at a different airfield due to ‘haze and clouds’. The following day even though visibility was still poor, and with a different observer, they were able to drop two 112 lb bombs from 13,000 ft over Marquilles. In August Lt Wilson started to go up regularly with the same observer, another lad from the North East of England,  2/lt J A Lisle. Bombing raids followed over Lomme, Fournes, Steenwerk, Laventie and Estaires. Their flight on 10th August saw them confronted by 10 Fokkers but there was no attack.

Then in September, still with 2/Lt Lisle, over Lille and Lezennes then pushing 50 or 60 km further over German held Belgium. 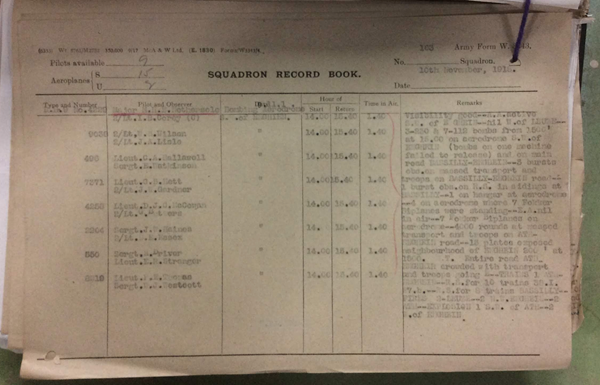 (Records from the National Archive, Kew)

Flying time was limited and usually short. Weather permitting, and the machine mechanically sound and available, the crews often only went up once a day, first thing, late morning or early afternoon on short test flights, on wireless practice, to practice formation flying and then on reconnaissance, photography and on short bombing raids. There are many reports of a flights being aborted early either because of engine trouble, poor visibility or the plane handling badly and getting into a spin.

16 September 1918 was a typical bombing raid consisting of 8 planes lead by Capt J A Sparkes. The day had begun for Lt Wilson and his observer 2/Lisle with a reconnaissance flight at dusk over Lille where their focus of interest were the trains entering and leaving via nearby Premesques and Lezennes. The were in the air for a little over an hour. Then at 13:45 8 planes, all DH9s, took off for Lille with 16 112 lb bombs (two each). After dropping their load the planes circled to record all bursts they could spot on a map grid and to take photographs, in this instances, of trains, barges and motor transport that they had hit.

There were further intense bombing raids in October and November with two raids going out on the 10 November in formation of 8 planes. Anti-Aircraft activity was rare and ineffective, though one death and injury noted. Combat with enemy aircraft was not infrequent and only sometimes lead to the downing of a plane on one side of the other. His records are such that we know on 30 October he was off sick for over a week due to a tooth abscess. He was back flying on 6 November and it is around then that on a bombing raid they hit the sidings at sidings at Ghislenghien, a photograph of the damage 103 squadron had caused later appearing in the British press.

From 11 November, at first 103 Squadron continued with formation practices, wireless practice and engine testing and photography. From January they more and more frequently took on postal delivery services. Now, whereas during combat the planes may have only been in the air for an hour at a time, with postal duties, for example flying to Cologne, the plane could be away from the base for up to 4 hours.  There is one incident where William Wilson’s plane was grounded at Cologne due to a cracked cylinder, usually the reason given for an aborted flight is simply ‘ET’ for ‘Engine Trouble’.

During this time he flew over 60 ‘missions’ - all as the pilot whether testing equipment, flying in formation, going out on observations/photography and for much of August, September and October 1918 going on bombing raids.

On 8 June 1919, on a routine flight to Cologne with Observer Lt Gilbert Bannerman, they got into difficulties over the village of Floreffe. The plane was seen to flip over, the pilot falling clear of the plane. Lt Wilson was taken to the English hospital but died later. 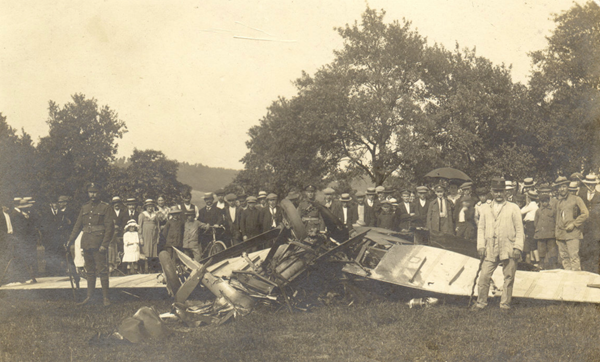 Postcard of the crashed DH9 outside Floreffe, 8 June 1919 (with thanks to Bernard Sebille).

Some of the reports erroneously give Lt Wilson as the observer - in fact he was the only one in the plane qualified as a pilot - whether he was flying the plane at the time is another matter. In this instance it would appear that Lt Gilbert Bannerman, who was training to be a pilot, may have had the controls, or this is simply the conclusion made based on the position of the bodies on the ground after this fatal accident. 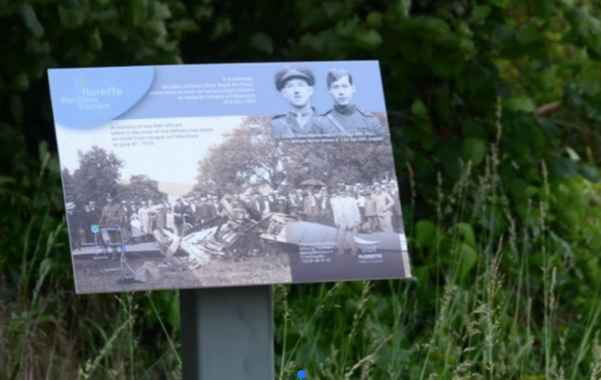 100 years to the day the community of Floreffe, organised by Bernhard Sabille through the town's Mayor's Office, organised a commemoration service at Namur Cemetery as well as the dedication of a plaque in the filed outside Floreffe where the accident took place. 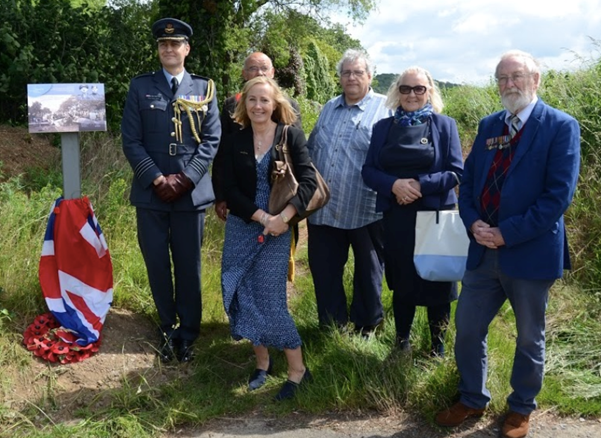 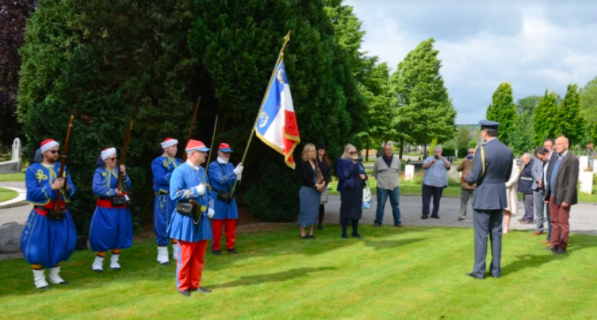 Jack Wilson visited his brother's grave with their mother in 1929. The Headstone dedication reads: 'He fought and did his best'. 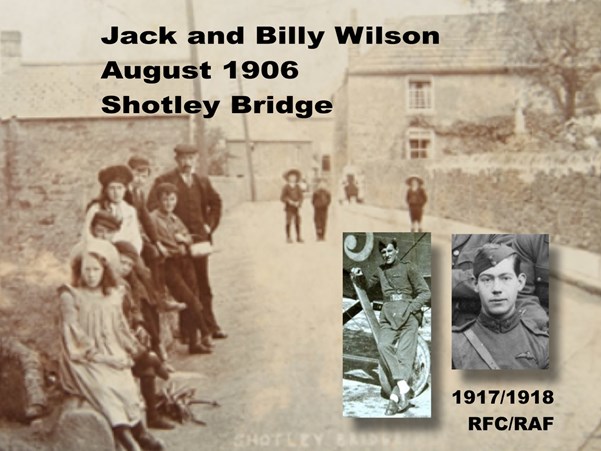