Prologue With the Glazer family takeover of Manchester United Football Club between 2003 and 2005 a group of Manchester United supporters, who were disillusioned at the way that ‘modern' football was being run (and organised in general), decided to form their own, totally democratic, supporter-owned, breakaway club. After much discussion, this new…

A Farewell to the Army Service Corps: The story of 'another' Ernest on the Piave

Many of those with a passing interest in the First World War may be familiar with the semi-autobiographical account 'A Farewell to Arms' written by Ernest Hemingway which was first published in 1929. This tells the story of the activities of a soldier of the American Red Cross (in effect a thinly disguised Hemingway) on the Italian front in 1917-18…

Sarah Reay talks about her latest book The Half Shilling Curate which details her Grandfather Herbert Cowl’s military service as an army chaplain in the 23rd Division on the Western Front during the Great War (published by Helion and Co.). 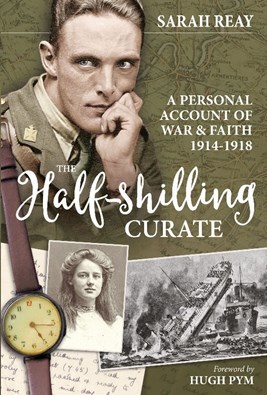