With the Glazer family takeover of Manchester United Football Club between 2003 and 2005 a group of Manchester United supporters, who were disillusioned at the way that ‘modern' football was being run (and organised in general), decided to form their own, totally democratic, supporter-owned, breakaway club. After much discussion, this new club, FC United of Manchester, was formed on 14 June 2005 and, after holding trials for potential players later in the month, entered into the North West Counties Football League Division 2 in time for the start of the 2005-2006 season. Having no ground of their own, a ground-share deal was entered into with Bury FC and Stalybridge Celtic FC and home games were to be played at Gigg Lane and Bower Fold (with the occasional game elsewhere such as at Curzon Ashton's Tameside Stadium. Consecutive promotions in the 2005/06, 2006/07 and 2007/08 seasons followed and the club then resided in the Northern Premier League (NPL) Premier Division for the next seven seasons. After becoming champions of the NPL in the 2014/15 season, they finally gained promotion to the National League North (the old Conference North). 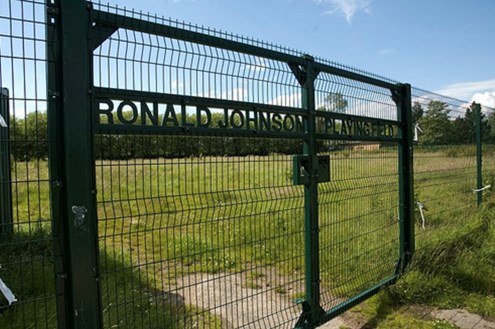 On leaving university, Ronald was employed in the family metalworking and fabrication business. The 1914 ‘Whitaker's Red Book' describes the business as ‘General hardware, iron and metal merchants. Specialities: galvanized wire netting, wire work, wire drawers, brass foundry, high-tension bronzes, safety lamps for miners, woven wire of all kinds, wire, reinforcements for concrete and bricks, tinplates, sheet iron, galvanized corrugated iron, tinned sheets, sheet zinc, copper, spelter, tin lead, hardware and hollow ware'. Known as Messrs Johnson, Clapham & Morris, his older brother, William Morton Johnson, was to soon become Chairman and Managing Director following the death of their father at the beginning of 1914. Ronald was sent to the Australian branch of the business in Sydney, remaining there until the outbreak of war in August 1914. 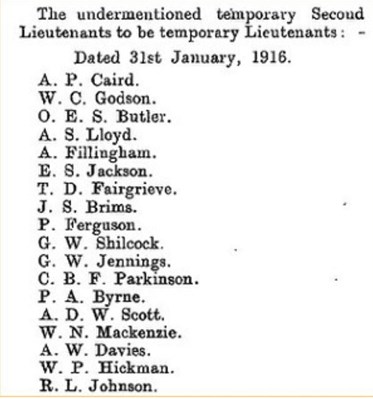 After return to the 23rd Division following this action, the next months were spent in the Bois Grenier sector in general ‘trench holding' duties (responding to German raids, target elimination, wire-cutting, counter-battery fire and general harassment, etc). On 31 January 1916 Ronald was promoted to full Lieutenant and a move to the Carency sector (north of Arras and to the west of the (soon to be) famous Vimy Ridge). A relatively quiet time was spent in this sector with two exceptions. Ronald was in action between the period 21 - 24 May 1916 when the neighbouring 47th Division came under heavy German attack from Vimy Ridge and needed assistance from the 23rd Division artillery, and on 1 June 1916 when they were once again called in to support a 47th Division counter-attack. Relief from action came on 11 June 1916, however, and 103 Brigade was moved into the rear areas for rest, refit and intensive training at Chamblain Chatelain (known as ‘Charley Chaplin' to the troops). 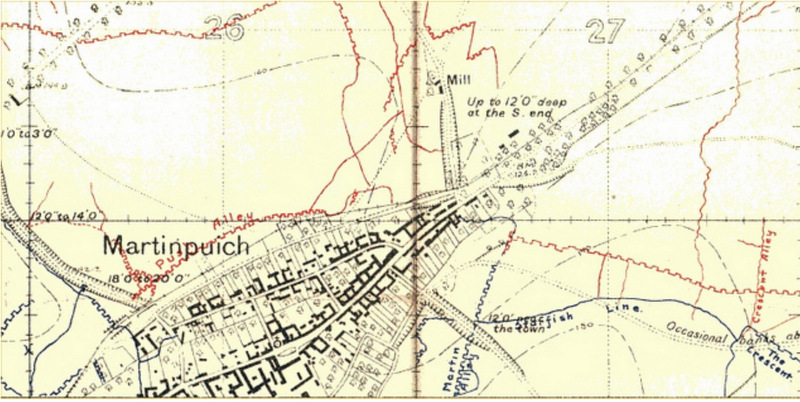 After a short period of instruction at the Second Army Trench Mortar School at Leulinghem, Ronald returned to the 23rd Division's sector at Zillebeke where preparations had begun for the forthcoming Battle of  Messines. As DTMO of the 23rd Division, part of Ronald's responsibilities was to coordinate the targetting, fire-rate and positioning of the heavy Trench Mortar batteries of the divisional artillery with the lighter batteries of the infantry nearer the front: a particularly dangerous job in the run-up to a battle. 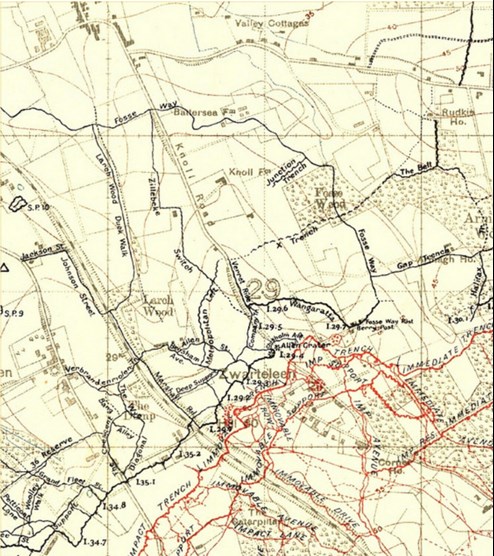 For his services, Ronald's mother (in March 1922) received his medal entitlement of 1914-15 Star, British War Medal and Victory Medal. She was also to receive a commemorative ‘Memorial Scroll' and Plaque (commonly known as the ‘Death Penny'). Together with his grave at Brandhoek Military Cemetery, Belgium (Plot II, Row D, Grave 1),  Ronald is commemorated on the Dunham (St.Mark's) war memorial and the King's College Cambridge War Memorial. He is also mentioned in the Cambridge University Book of Honour and has a laboratory - the Johnson Chemicals Labs - named in his honour at Adelaide University, Australia. There are also, of course, the Ronald Johnson Playing Fields in Moston which were purchased on the behalf of (and with the agreement of) the workers of Johnson, Clapham & Morris in the stead of the distribution of shares that was requested in Ronald's will of 7 December 1916. The playing fields were opened on 17th June 1922. 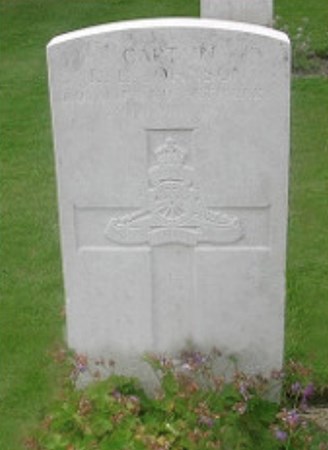 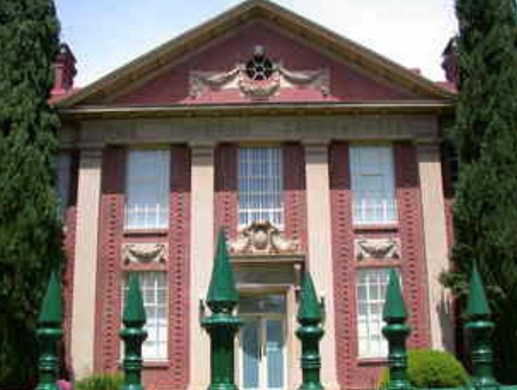