Ep. 21 – Jutland and the Meaning of Victory – Prof Andrew Lambert 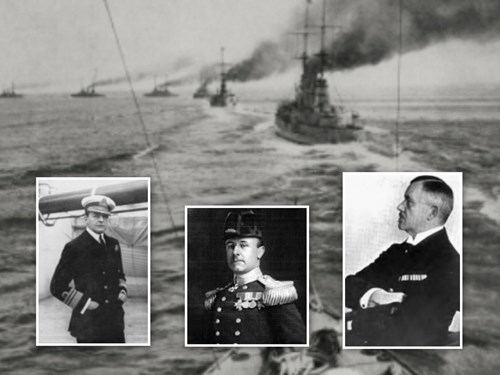 This recording is of a talk given by Professor Andrew Lambert, King’s College London, to the Antrim and Down WFA branch Somme Conference last October (2016) on the outcomes of the 1916 naval battle at Jutland.

This engaging, one hour long special podcast is a talk given by Andrew Lambert in which he explores the controversies around the Battle of Jutland.

We learn what happened at Jutland and why it mattered.

The performances of British and German admirals are considered.

The role of the navy in war is expanded.

It is argued that Britain won the war to command the sea before in 1912 when it won the race to build more battleships.

By the beginning of 1916 the Army and Navy were fighting separate wars. Indeed, failure to properly coordinate their efforts is criticised.

With the Navy reading all German naval signals the British Fleet put out to sea before the Germans.

The catastrophic and rapid loss of HMS Indefatigable and HMS Queen Mary is explained.

Brief comparisons with Trafalgar are made.

The illegality of submarines sinking merchant sinking is discussed. 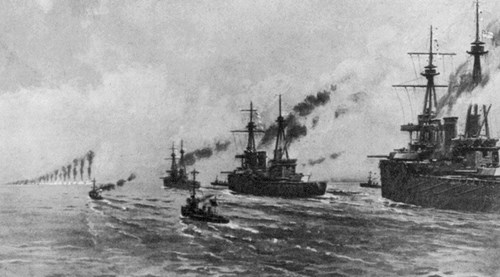