The Siege of Tsingtao: The German-Japanese War 1914 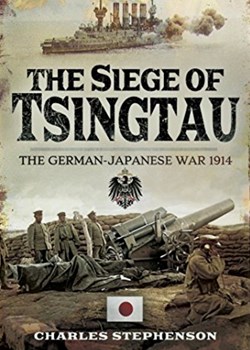 Tsingtao beer is ubiquitous in Chinese restaurants in the UK and throughout world. However, it is not widely appreciated that German brewers set up the original Tsingtao production facility in 1903 in an enclave of the same name, then a German concession ceded by the Chinese authorities after a series of European military interventions through the nineteenth century. In the opening months of World War 1 German hegemony in Tsingtao was forcibly ended by Japan.

In this excellent book, the author provides a comprehensive overview of both the battle for Tsingtao in 1914 and Japan’s involvement in the Asian theatre of operations more generally. The first four chapters cover the geo-political context with analytical rigour. They draw the reader into a fascinating description of Germany’s imperialist ambitions in the region and the conflicting strategic ambitions of an ascendant Japan which tension which placed the two powers on opposite sides in the Great War.

Remaining chapters offer a chronology of the campaign which culminated in the capture of Tsingtao by a Japanese force which included, somewhat  incongruously, a small British contingent (2nd Battalion the South Wales Borderers and 36th Sikhs). The breadth of the action is astonishing. It  encompassed action on land, at sea and in the air and military innovations - including what is claimed to be the first instance of aerial bombing. The author’s description of the naval actions that preceded the land invasion is particularly impressive.

There was never a doubt that Tsingtao would fall to the Japanese. However, the elimination of Germany’s empire in the East was not something that could be achieved quickly without many factors coming into play. While the dominance of the Royal Navy was one, Japan’s intervention was the key.

This is an excellent book about largely forgotten theatres of operations; both its wider context and the account of a set-piece siege characterized by the use of weapons and tactics which would become all too familiar in the larger conflict beginning to play out in Flanders and beyond. 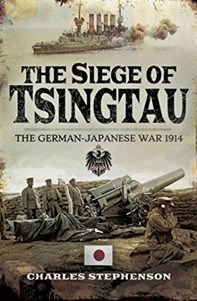 The Siege of Tsingtao: The German-Japanese War 1914 by Charles Stephenson