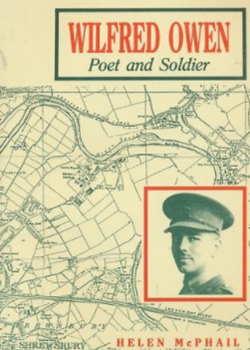 This book by Stand To! Poetry Editor fills a noticeable gap in the historiography of Wilfred Owen - a detailed study of his war service. Most anthologies of his work are prefaced by a brief chronology, but the bulk of this work is devoted to his army career, and devotees of the poet will find that their perceptions of such poems as 'Disabled' and 'Hospital Barge' are enhanced by knowing where and in what actions Owen had been involved. There are numerous maps to assist the pilgrim (one slight criticism - some of the maps are very small, but the size of the book probably militated against anything larger). A superbly comprehensive bibliography by David Hughes, which includes biographies and literary criticism as well as anthologies, rounds off this valuable and fluently written study.