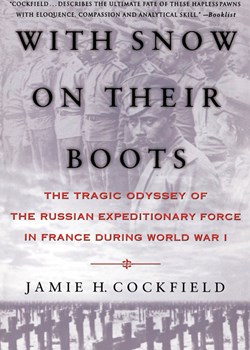 This is an exceedingly interesting book, which covers events whose details may not be well known to readers of Stand To! The author tells the story of how two Russian Brigades of approximately 22,000 men came to fight for the Allies in France (Champagne) in 1916-1917 - 'sold for shells' was the popular phrase used at the time - and how, although far away from Russia, they were nevertheless affected by events taking place there, with disastrous results. When, shortly after the Nivelle Offensive in April 1917, their discipline cracked and their leaders lost control over them, blame for the troubles in the French army fell on the Russian brigades despite the fact that the first French mutinies had taken place earlier. The story of how they were isolated in a camp in southern France while the French waited for the Russian officers to take control of the situation, the mutiny and disorder that took place there, the dissension between the two Brigades resulting in 'loyal' Russians moving away to set up camp elsewhere and the eventual crushing of the rebellion in September 1917 in what Professor Cockfield describes as 'basically a dress rehearsal for the Russian Civil War to come' is well told, with impressive documentation.

The story continues into the early 1920s with the fate of the mutineers and their eventual return to their homeland. An extremely interesting addition to the bookshelf of anyone who is interested in not merely the military but also the wider political and social history of the Great War. 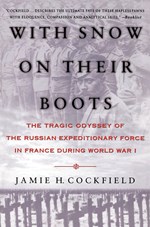