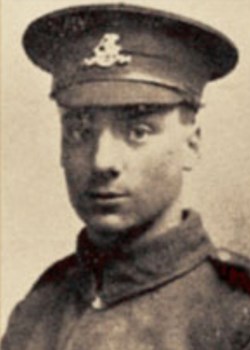 William Simons was born at South Wigston, Leicestershire in 1892.

Moving to Sutton-in-Craven, Yorkshire, William was employed as a spinning overlooker and was a keen member of a local brass band. He lived with his father on Wighill Street. 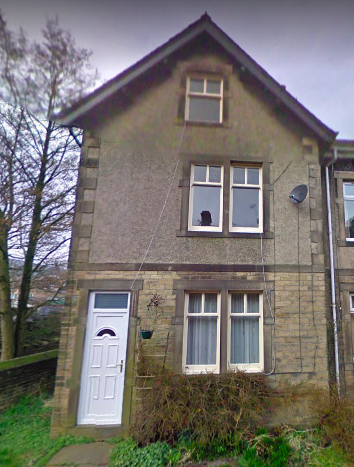 William enlisted in the local territorials (with whom he was a member of the regimental band) and he was sent to France in about March 1917. On 3 May 1917, William was posted as missing but it later transpired that he had been wounded and captured.

Held in a German prisoner of war camp (initially in the camp hospital) at Ingolstadt, Bavaria, William died of his injuries there on 10 December 1917 and was buried on 13 December. 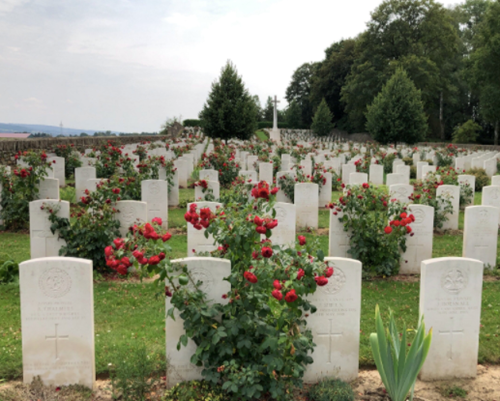 He is now buried in Niederzwehren Cemetery, Hessen. 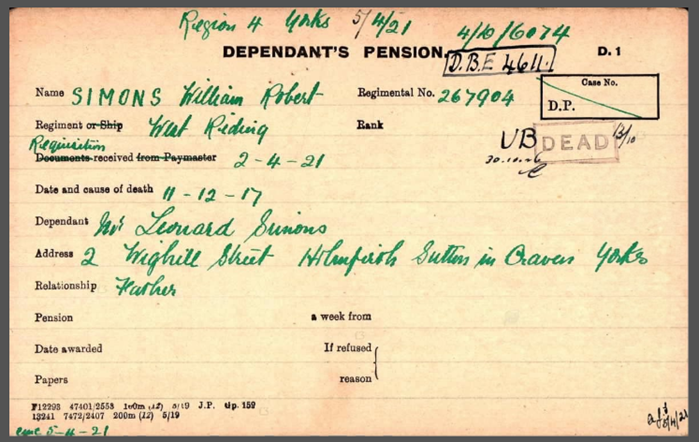 Above: The Pension Card for William which can be seen on the WFA's Pension Record Library