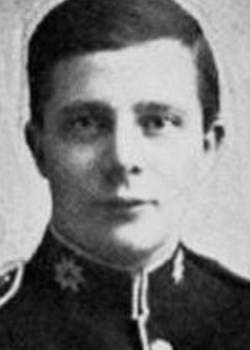 Joseph Hoole was born in Preston 1892.

His parents were Edward and Mary Ann (neé Hodson).

At the 1891 Census, age 2, Joseph ('Jos') lived at home (44 Bow Lane, Preston) with his parents, older brother Frederick and a lodger (his mother's brother). Both parents worked in a local cotton mill.

Joseph's father died in April 1897 when Joseph was still only five years old.  Fred joined the Territorials when he was 18, as did Joseph when he was old enough.

At the 1911 Census, age 22, Joseph, was working in a cotton mill, lived at home with his widowed mother, an uncle and aunt while Fred had left home - he was working as a  tobacconist and was married with a young family of his own. 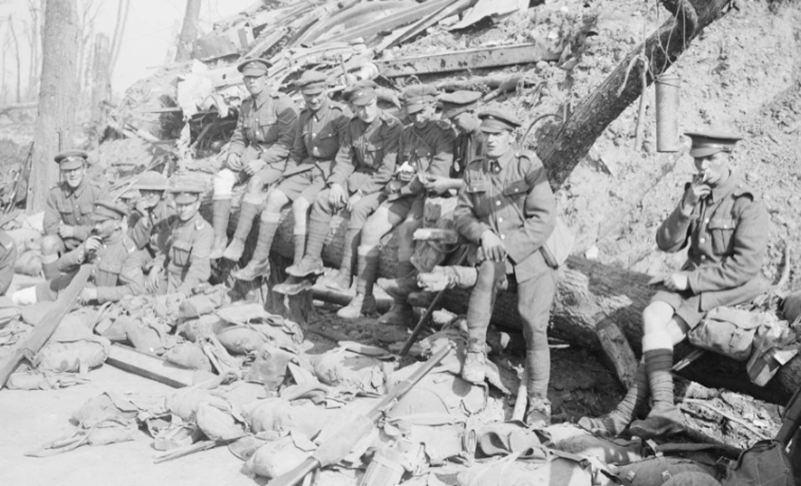 In May 1917, Joseph was sent out to France; he fought in the Third Battle of Ypres and at Cambrai where he was seriously wounded in both legs, right arm and chest.

He died of these injuries in a Casualty Clearing Station on 23 November 1917 and is now buried in Tincourt New British Cemetery, Somme. 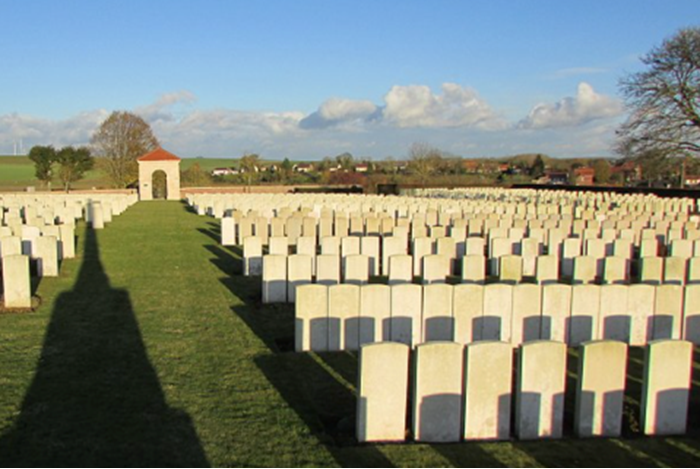 The Pension Record Card below confirms the 'died of wounds' as well as showing his dependent mother received a pension - as well as her address. 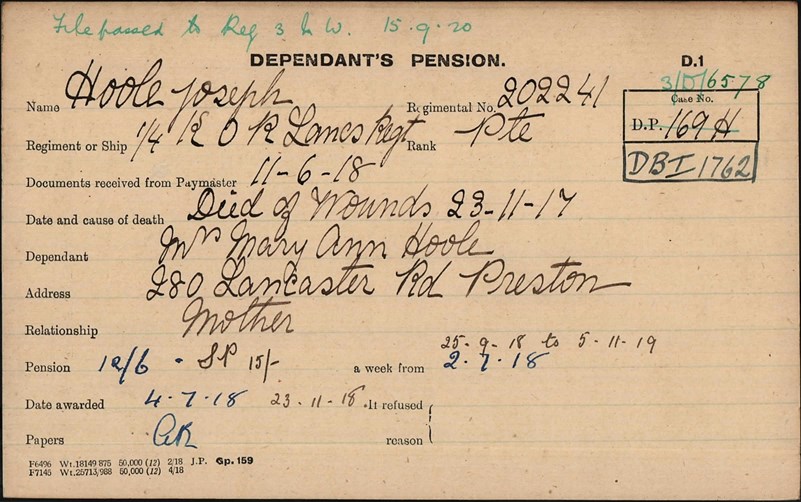 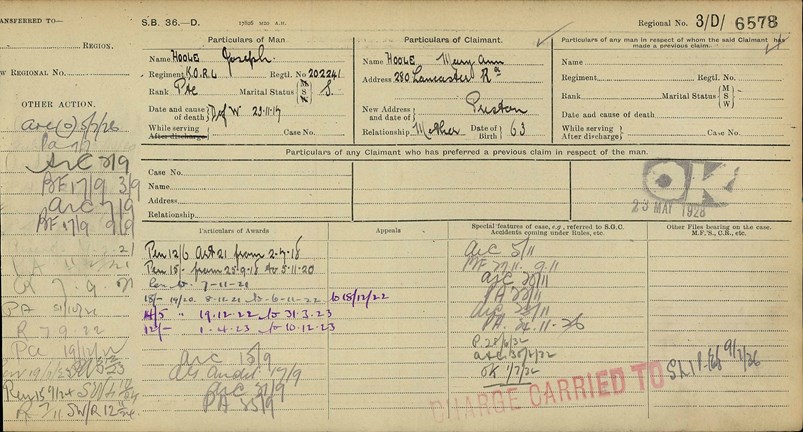 Fred Hoyle served in the Loyal North Lancashire Regiment from 1914 and was demobbed in 1920 and able to return to his family; he died in 1974.