The following message from David Jenkins relates to the way the Pension Records can help find 'missing' relatives who were thought to have served in the First World War.
As a First World War genealogist I must say a big thank you to you and your organisation for the work that you have put into getting the Pension Ledger records made available online through Ancestry.
I have now found another Great Uncle (George Jenkins, Royal Irish Rifles, 7674 ) who we didn't know if he had fought in WW1 or not. It was his address on his Pension record that was the give away.
[It will be seen that, unusually, there are two ledgers for George Jenkins - the reason for there being two is somewhat of a mystery] 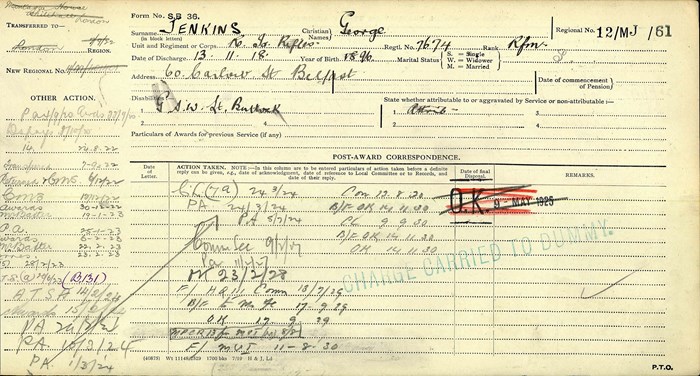 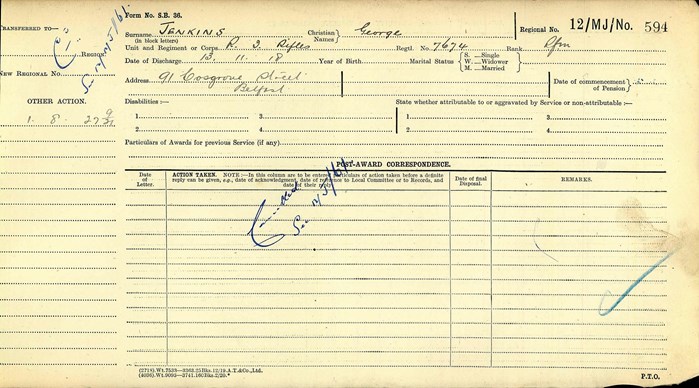 I have had a picture of him in uniform all along but didn't know who he was. 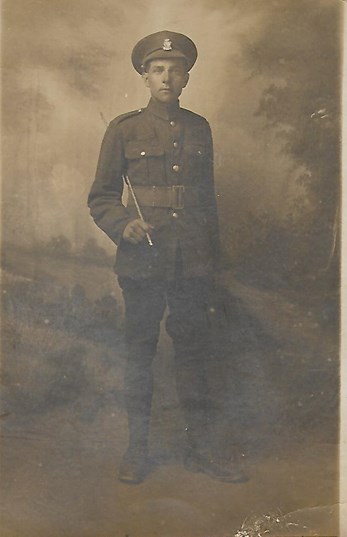 He is wearing his cap with the badge of the Royal Irish Rifles on it. So that now makes it eight Jenkins brothers who served in WW1. I am currently having the picture of the 7 brothers updated to include George in it.

Below is a picture I put together of my Grandfather Samuel (who is in the middle) with his 6 brothers who also served in WW1.

Austin who fought in France with the 4th Hussars was also in Dublin during the 1916 rising. They took the first casualties outside the GPO. (Picture of the GPO and Nelson's column in the background.)

William Andrew who served with the Merchant Navy around the coast of Britain and also served in North Russia in 1919 supplying the White Army during the Russian Revolution.

Thomas who served with the Royal Marines and was in the band.

Samuel who served in Gallipoli and later in France after he had overcome his Malaria.

William Robert who served in Gallipoli and France. He was injured in July 1917 in Belgium by the same shell that killed Irish Poet Francis Ledwidge. He was injured and captured during the German Spring offensive of 1918.

Albert was a Trench Raider 1915-1916. He was part of a raiding party that went out on Christmas Day 1915. The Brigadier congratulated him on the successful raid. Albert was killed during a trench raid at the Sunken Road, the Somme on the 11th June 1916.

John James was taken prisoner in September 1914 and spent the next 4 years in Limburg POW camp. The Irish prisoners were mistreated by the Germans all the time they were there. 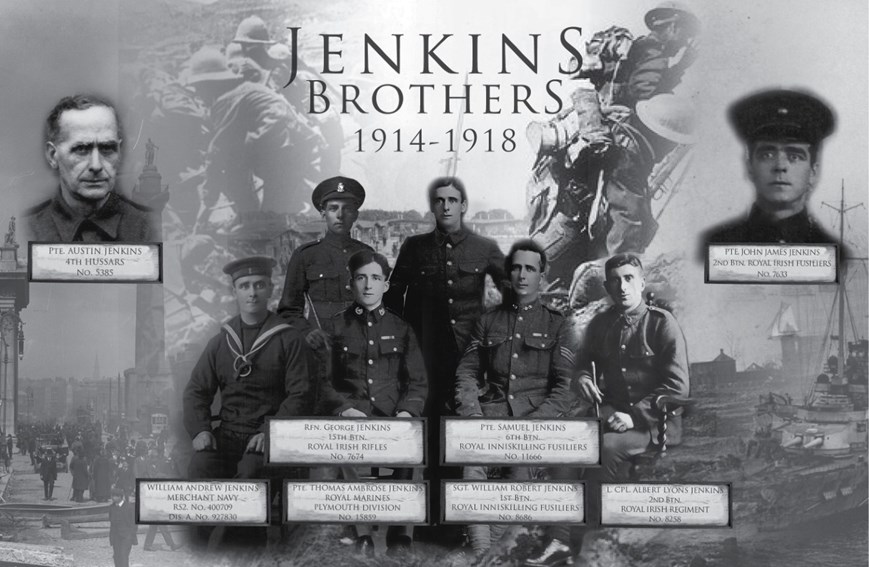