One of the reasons for Britain and her Empire going to war in 1914 was because of the perceived danger to the UK’s maritime trade posed by a hostile Germany controlling the ports on the European side of the English Channel and North Sea. The German conquest of much of Belgium, including the Belgian coast line, brought about this feared scenario wit…

Dan Mclean, a history teacher and theologian, who previously served in the Royal Navy, talks about his latest book on the Royal Marines on the Western Front during the First World War. 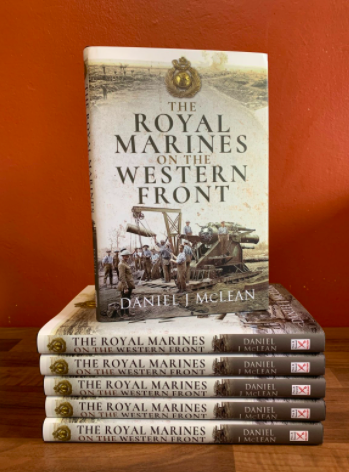 The Zeebrugge Raid of St. George’s Day 1918 was an audacious attempt by the Royal Navy to neutralise the activities of the German U-boats that were intent on bringing Britain and her allies to their knees. They were creating havoc in the English Channel, at least a third of allied shipping carrying food, munitions and other equipment – amounting to…