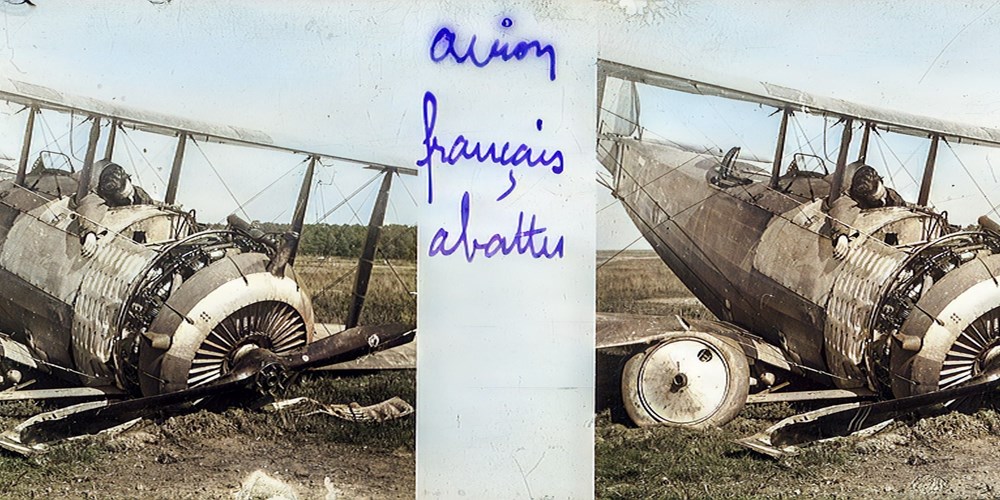 * You will need your anaglyph glasses to view this image

This picture shows Salmson 2 A.2, (often shortened to Salmson 2) a French biplane reconnaissance aircraft developed and produced by Salmson to a 1916 requirement. In addition to its service with the French army, the Salmson 2 served during the First World War with United States air units. Some 700 were purchased, and were generally successful. It also served with a host of post war air forces including Belgian, Czechoslovakia, Japan, Peru, Poland, Spain, and Russia