Author Frances Wood talks about her recent book, Betrayed Ally, China in the Great War, that she wrote jointly with Christopher Ardnander. 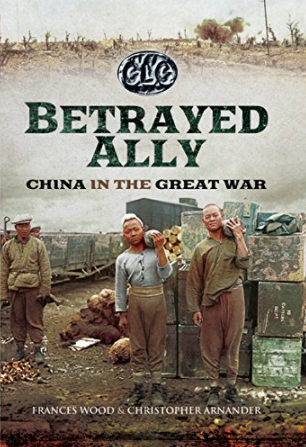 Frances tells how in 1912 the Qing Dynasty had ended thousands of years of Imperial autocratic rule. President Yuan Shikai, who seized power in 1914, offered the British 50,000 troops to recover the German colony in Shandong but this was refused. In 1916, China sent a vast army of labourers to Europe. In 1917, she declared war on Germany. However, when peace was negotiated, Frances argues that China was betrayed; for example, Japan was awarded the former German colony in Shandong.