A German cemetery in the Vosges battlefield

In the early days of the war, burials in the Vosges battlefields often took place in the forests where the soldiers fell, in simple graves marked by a cross decorated by their comrades. These temporary graves were easily lost as the landscape was destroyed by shellfire and they were hard to maintain. The pictures below show two examples of battlefield burials. One is a German mass grave in 1914: Klein Hohe or Petit Haut, which is in the area of Ste-Marie-aux-Mines. The other is high on the battlefield of Hartmannswillerkopf, north of Cernay. 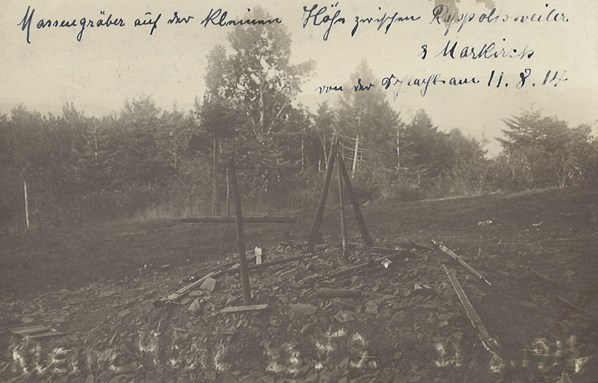 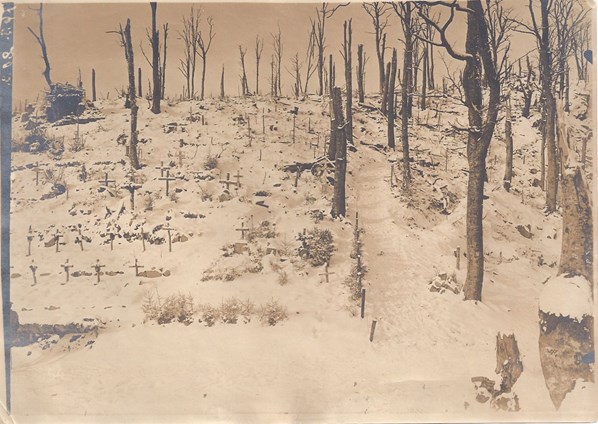 Above: HWK German graves in the snow

Other burials were in designated areas within village cemeteries. These quickly filled and were simply not large enough for the number of dead.

Consequently, the Germans established a small number of permanent graveyards in less exposed areas behind the front line.  Ste-Marie-aux-Mines was to the east of the frontier between France and Reichsland Elsaß-Lothringen: the extant borne frontière at the Col de Ste-Marie is about 6 km to the west. 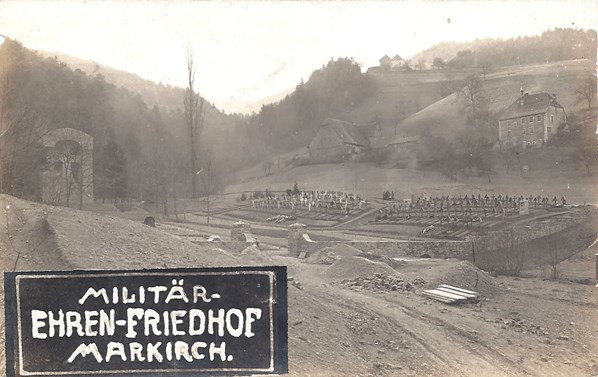 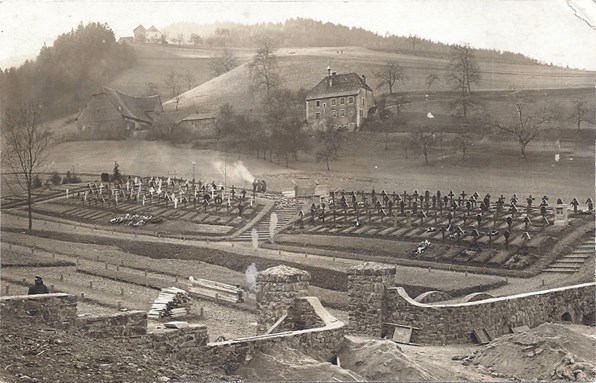 Mongoutte was the largest formal cemetery, created in December 1916 after the land had been donated and carefully prepared. Itis dominated by a 12 metre high cross showing a helmeted soldier. The original plan included a formal pool in front of the cross. The pool is no longer there. Later pictures show a formal garden in its place. This has been replaced by lawn. 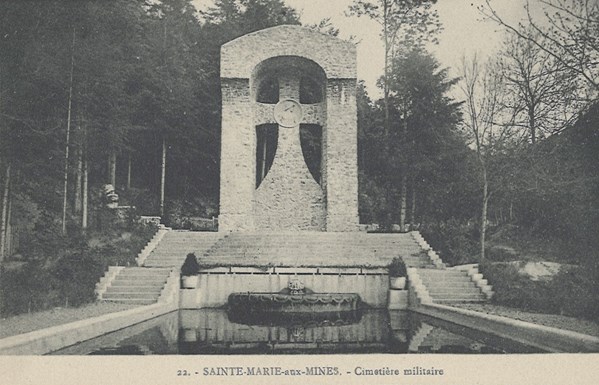 Mongoutte was intended as a ‘show’ cemetery:  the huge cross, the wrought iron gates, the serene landscaping with its natural environment, water and undulating terrain would show families that their loved ones were in a beautifully maintained and suitably respectful burial place. A photographer was employed to take photos of the graves and the cemetery for families. This service was intended to reduce the requests for repatriation of bodies which would severely damage morale at home. Often postcards of the cemeteries include a soldier praying beside the grave, which was meant to show that the man’s colleagues mourned and respected him. Apparently the same man can be spotted in several photos in different cemeteries. 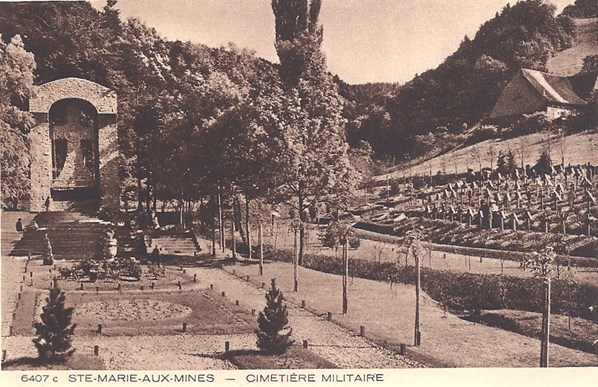 Above: Mongoutte Ste-Marie-aux- Mines German cemetery (note the pool has been removed)

From 1919, the French cared for Mongoutte. After 1926, the Volksbund Deutsche Kriegsgräberfürsorge took responsibility. They repaired and improved the planting of the cemetery,  but the final landscaping and formalising of the grave markers didn’t take place until 1966. The woodland areas were replanted, the monument was repaired and the stream was formally managed. The metal crosses bearing names were put in place in 1980, replacing wooden grave markers. Most of this work was carried out voluntarily by people from the German armed forces and by young volunteers.

Many of the men buried here died in August 1914 and in 1915 when the Col de Ste-Marie and the town of Sainte-Marie-aux-Mines became a battlefield. Their homelands included Bavaria, Hesse, Thuringia, Brandenburg and the Rhineland. After the war, French authorities brought dead from nine other community cemeteries for reburial in Mongoutte. There are 1175 casualties here: burials from the Great War account for1036 of those, including 365 in a common grave. Of these, 225 are unknown. Some graves date from the attempts to repel American forces in 1944/5.

Mongoutte was included in Unesco’s proposed tentative list of Sites funéraires et mémoriels de la Première Guerre mondiale (Front Ouest) but the decision on the list was postponed in 2018.

The early photos of Mongoutte show the construction of the cemetery and its original appearance can be compared with the views of the cemetery now, which are shown below. 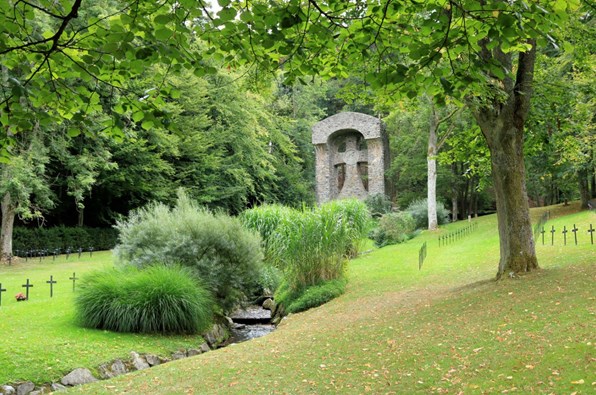 Above and below: Mongoutte Ste-Marie-aux- Mines German cemetery. Images by Gwyneth M Roberts. 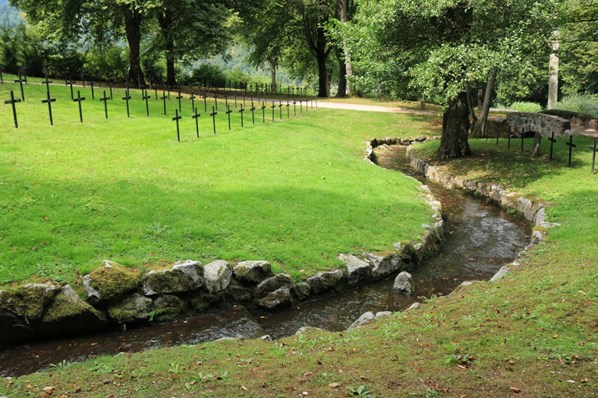 Gwyneth owns the postcards and photos and is usually happy to share if people ask first.