Colour patches in the Australian forces

It is often difficult to identify the units men served in from the photographs that are available. The grainy black and white images from 100 years ago do not really assist with unit identification, even if unit colour patches can be seen. 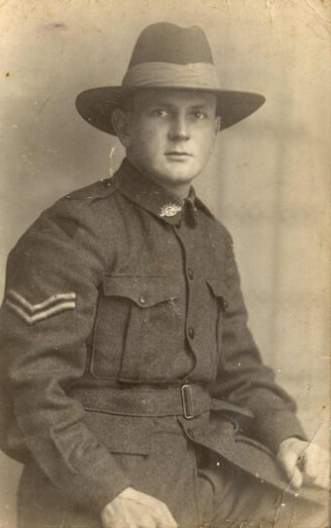 In an effort to help with the identification of soldiers from photographs, we are reproducing below a series of charts which were published in the Official history of Australia in the war of 1914-1918 by C.E.W. Bean, volume 3, (1929).

These colour patches were worn on uniforms to  indicate the division, battalion and brigade of the solider.

The patches of the Australian forces, 1914-1918, are shown on the Australian War Memorial website along with an outline of the formation of each battalion.

These have been reproduced below. As an example, the first image is that of the 43rd Battalion, AIF 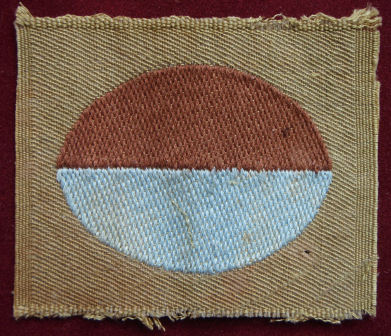 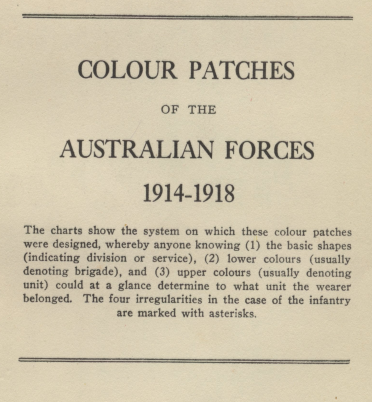 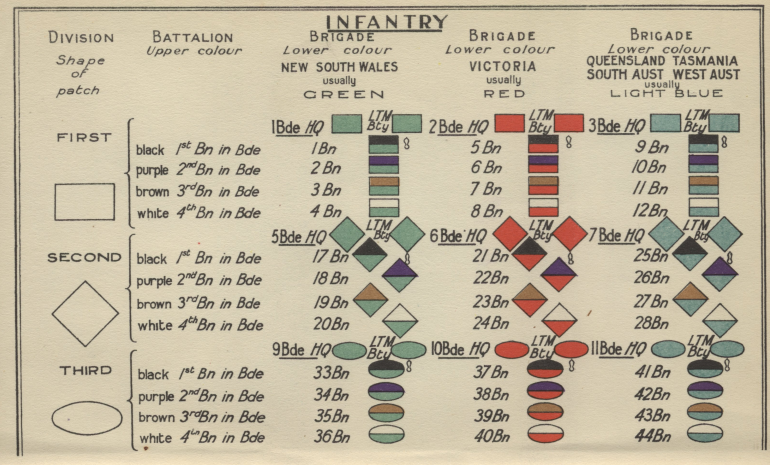 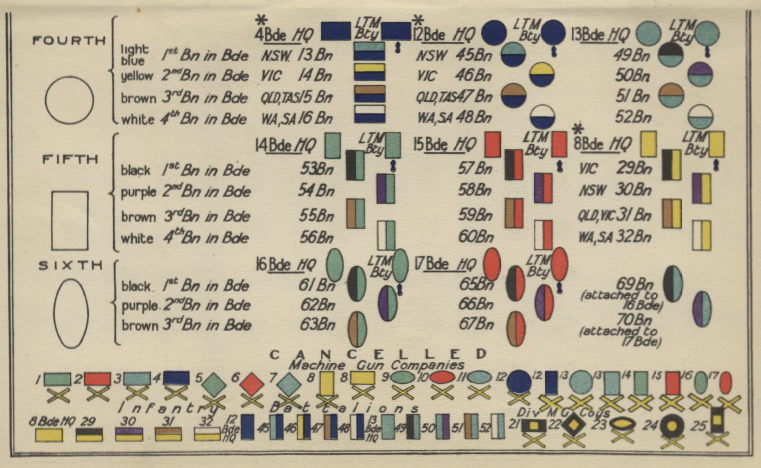 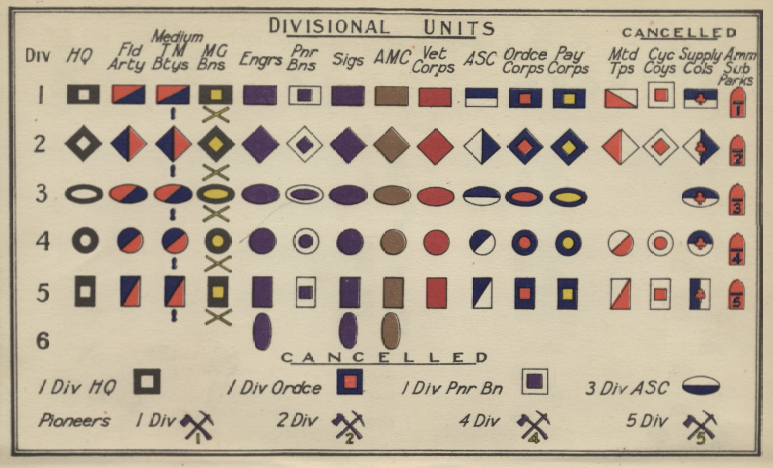 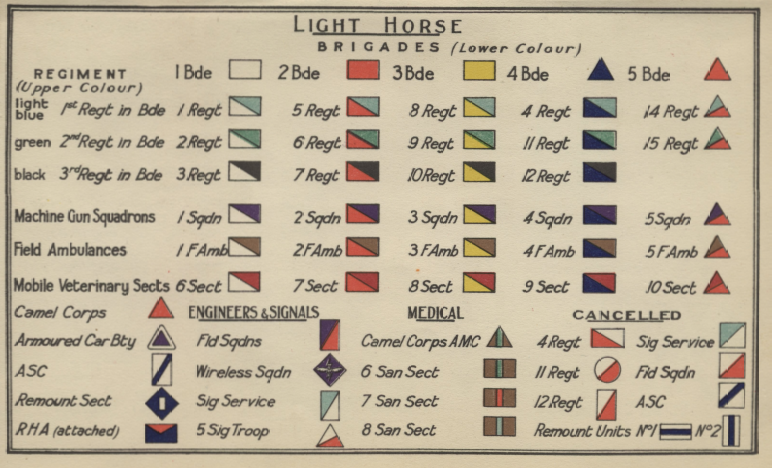 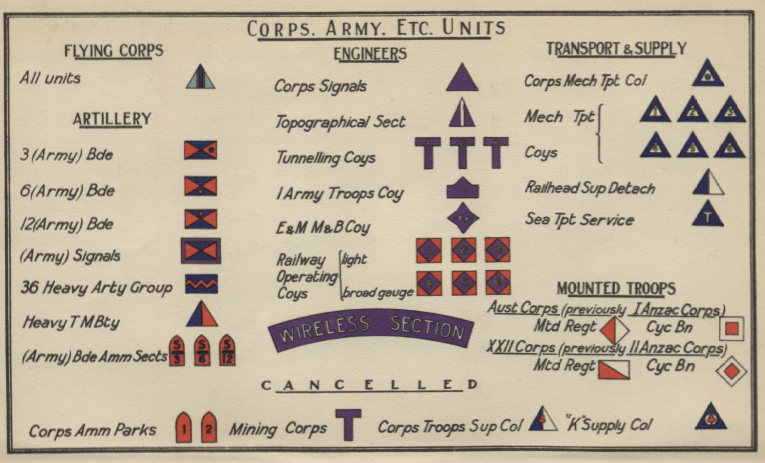 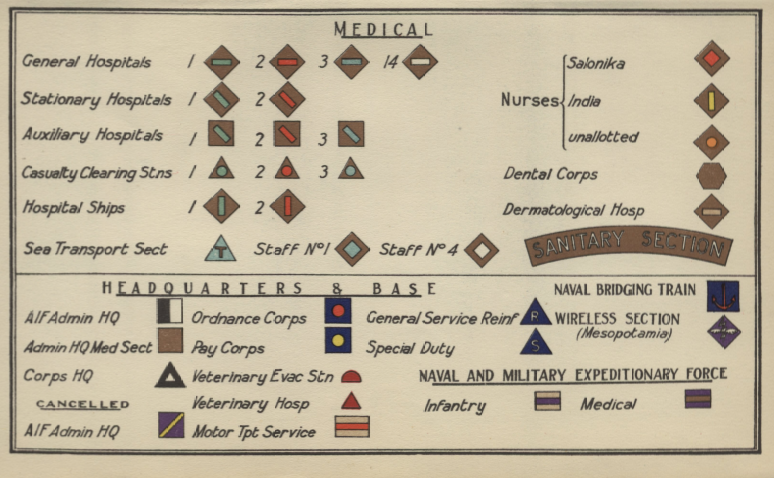