Commercialism the new enemy of the Salient (The Times 1919)

How many of us have paused to ponder the incongruity of our comfort break in the Grand Place at Ypres? How fine, or blurred, the line between pilgrim and tourist? It’s a tough call, and most readers will be familiar with the post-war argument – made by the like of Winston Churchill - that the city should be left in ruin as a lasting tribute to the fallen. The short article below is from The Times, 8th June 1919, and shows how keenly the fate of such important sites was felt at that time...

‘We published on Friday a letter from an “Ypres Veteran” who wrote to enlist our support “in preserving Ypres from the vandalism which is threatening it, a vandalism almost vying with that inflicted by the guns of the enemy”. He tells us that “profit-hunting outsiders, often from far afield”, have “bought for a song small parcels of land upon which to erect huts, booths and estaminets, even in the Grand Place itself”. The result is a “tendency to make Ypres a sort of country fair”. 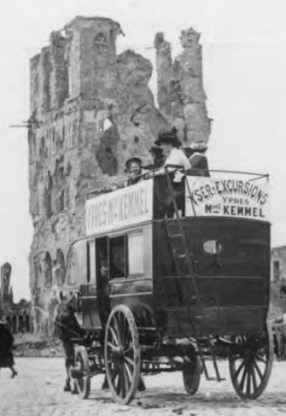 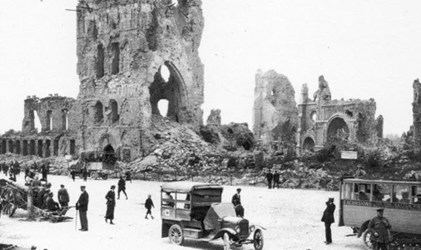 ‘The protest is timely and, we hope, in time. We agree with it unreservedly, and empathise because this type of degradation flourishes by imperceptible degrees till it is irreparable. That must not happen to Ypres, nor yet to Louvain, where rebuilding without taste is already noticeable.

‘Ypres especially, the City of the Salient, must be preserved from the blight of reckless commercialism. Its military glories we need not celebrate afresh. Apart from the pitched battles to which it gave its name, it has an association among the most noble of the war, for the holding of the Salient was one of those feats of arms – hardly justified perhaps in the strict military sense – that show armies as the embodiment of great ideals. 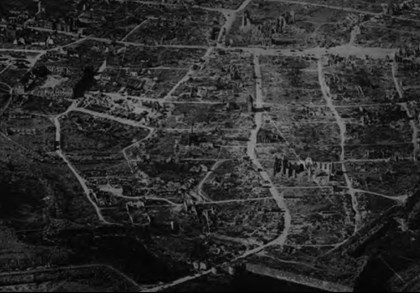 ‘The Salient, secure against every German assault, shone before the world as the symbol of Belgium, beaten to its knees but unconquerable; and as more than that, for Belgium herself became, and remains, a symbol of the sure triumph of the spiritual over the material. 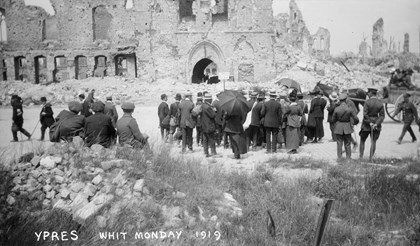 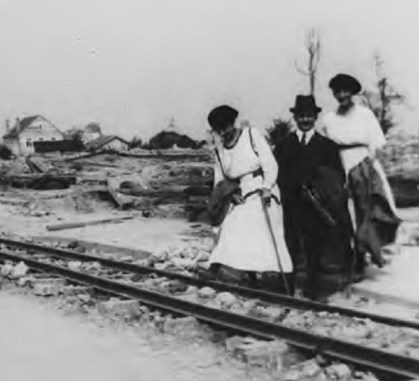 ‘The British authorities, “Ypres Veteran” tells us, have stayed work on some of the unworthy erections defacing Ypres, in the hope of the land being expropriated by the Belgian government, but meanwhile some of the buildings which are the outcome of the British occupation are themselves an eyesore. King Albert and most enlightened Belgians are dismayed by this vulgarisation. Let them act at once, and be sure that they will have the most eager support from this country and the Dominions.

‘Since 1914 Ypres has become one of the places which the world venerates – to which it goes on pilgrimage. Even commercialism would condemn its desecration. The Germans “ploughed upon its back and made to long furrows”. These honourable scars must preserve.’