The tradition of pipers leading soldiers into battle was not a Great War phenomenon – it had developed during the 19th Century with pipers playing a role in a number of battles and skirmishes – some of these ‘devils in skirts’ would go on to enlist in the First World War, as was the case with George Findlater VC.

On the outbreak of war in 1914, George Findlater, aged 42, was a farmer in the north east of Scotland and had no need to volunteer for service – but enlist he did in December 1914, and joined the 9 Gordon Highlanders, a service battalion in the 15th (Scottish) Division. By February 1915, he was promoted to the rank of Sergeant Piper. Later that year, in July 1915, the Battalion went over to France and took part in action at Loos on 25 September 1915.  Later that year, George was admitted to hospital with foot problems arising from his old ankle wounds and on 30 December was invalided back to England on the Hospital Ship ‘St Denis’.  From January 1916, he served at home, until his demobilisation in February 1919.

His Pension Card is an example of a small number of cards that relate to pensions awarded from pre WW1 service. 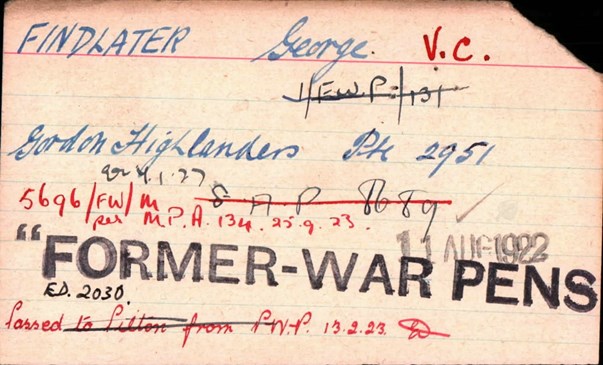 George had enlisted in the Gordon Highlanders in April 1888. His attestation papers at that time indicate that he was 18 years of age, but in fact, he was born in February 1872, one of eleven children born to his parents, Alexander and Mary Ann Findlater, so was not quite the age he stated on enlistment.  After enlistment, he took up the bagpipes and in 1896 was promoted to the rank of Piper.

On 20 October 1897, George was on the north west frontier of India (now Pakistan) where Afridi and Orakzai tribesmen held a hilltop stronghold know as the Heights of Dargai. Previous attempts by the British to take this stronghold had failed. Lance Corporal Piper Milne led Pipers Findlater, Fraser, Wills and Kidd into action, heading up the Gordon Highlanders as they made their way up the hill.

Piper Milne was hit in the chest and fell, unable to continue. George pressed on until a bullet hit him in the left foot, and then a second bullet hit him in the right ankle. Unable to continue, he sat himself against a boulder and continued to pipe the battalion into battle. Inspired by his actions, the Gordons took the heights in just 40 minutes, with only Piper Kidd making it to the hilltop. 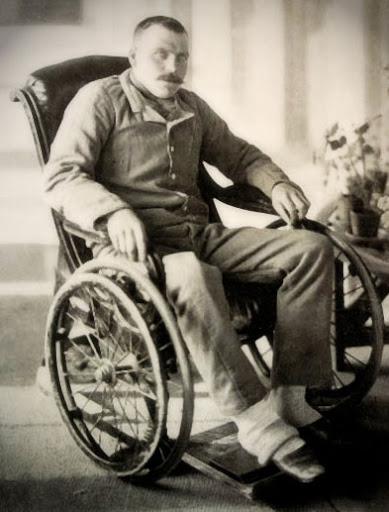 Above: George recovering from wounds

Initially, there were reports that the wounded Piper who continued to play was Piper Milne – but as he had been hit in the chest, he was unable to continue playing. Reports also varied as to the tune that was played – originally stated to be the regimental march ‘Cock o’ the North’ – and it was this tune that was stated in the citation for George Findlater’s Victoria Cross, which he received from Queen Victoria whilst he was recovering in Netley Hospital -

‘During the attack on the Dargai Heights on 20 October 1897, Piper Findlater, after being shot through both feet and unable to stand, sat up, under heavy fire, playing the Regimental March to encourage the charge of the Gordon Highlanders.’

Above: Daragi is midway between Islamabad and Kabul, on the Pakistan side of the frontier. Photo: Hasan Alam 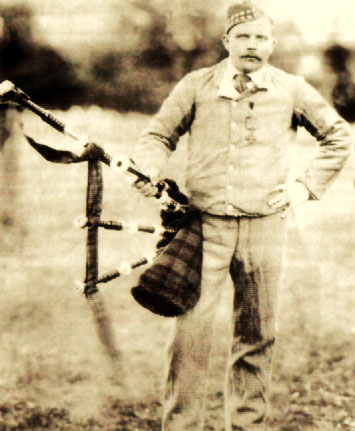 Above: George at Netley

The ‘Dand MacNeil’ story ‘The Whisky and the Music’ in George MacDonald Fraser’s ‘The General Danced at Dawn’ describes an animated discussion in the Sergeants Mess about what tune was actually played on the Heights of Dargai – Findlater himself was never entirely sure that it had been ‘Cock O’ the North’ admitting later that it might have been ‘The Haughs of Cromdale’. 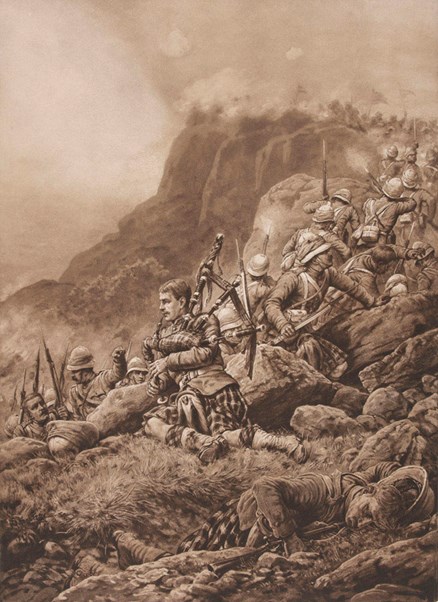 The story of the attack on the Heights caught the imagination of the British public – George subsequently received a large number of public donations, including sets of bagpipes and by one account, a proposal of marriage. His exploits also sparked the interest of a number of painters who then portrayed the events at Dargai. 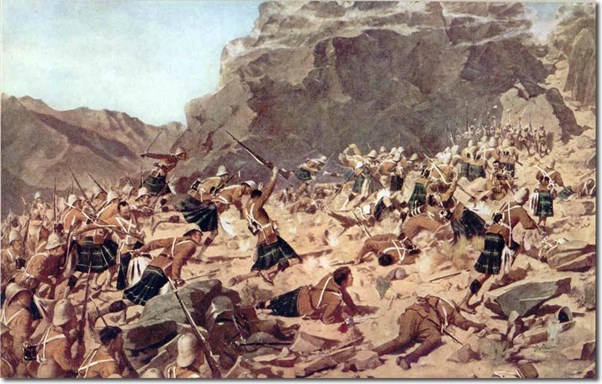 George was later felt by the War Office to be profiting from his VC award as he accepted a number of invitations to perform in music halls - the War Office (unsuccessfully) approached the management of the Alhambra to try and stop his performance there. George himself argued that his annual army pension of £46 was insufficient to live on, and indeed his protestations contributed to the decision to later increase the level of pensions.

Following the First World War, George Findlater returned to farming in the north east of Scotland and died on 4 March 1942, aged 70, from a heart attack.

The First World War would see many examples of pipers inspiring their fellow soldiers–but their losses were high and indeed at least 500 Pipers died with many more wounded whilst rallying the troops into battle.

Pipers received an extra penny per day to play their pipes. 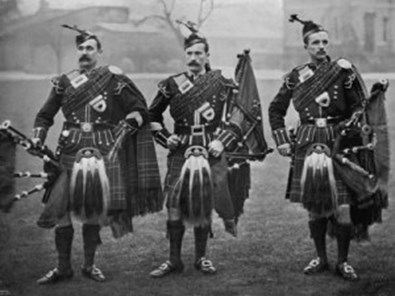 Above: Pipers during WW1