There are many books, dramas and films that have brought different aspects of the Great War to the fore over the years, but few have been as successful as ‘War Horse’. Having entered the popular consciousness as a children’s book by Michael Morpurgo in the early Eighties, it was its reworking as a stage production by the National Theatre in 2007 ­– complete with life-size puppet horses – that elevated this simple tale of a farm worker and his war-requisitioned steed to a higher level. When Steven Spielberg and Hollywood joined the fray in 2011, the appetite for equine war adventures appeared boundless.

But what about the poor ‘War Donkey’ of Peterborough? 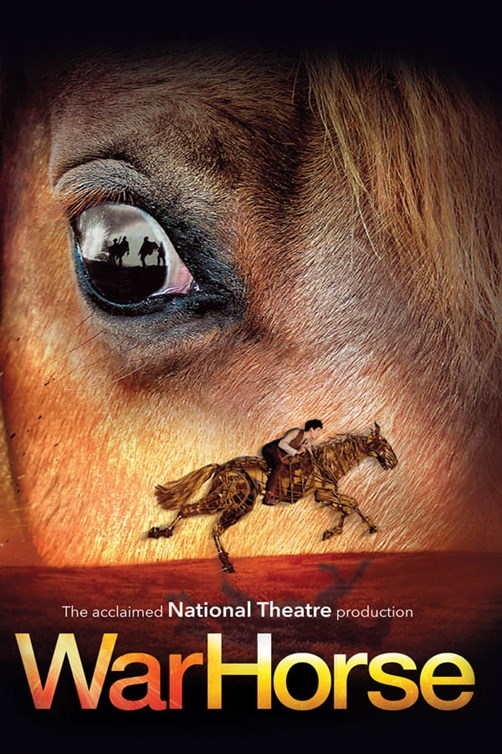 A poster to promote the National Theatre production of War Horse

As Morpurgo’s War Horse galloped to lift all the popular media plaudits and prizes, it was left to the good folk of Cambridgeshire to ensure that Jimmy the donkey, reputed to be a true veteran of the Western Front in the Great War, got his due. 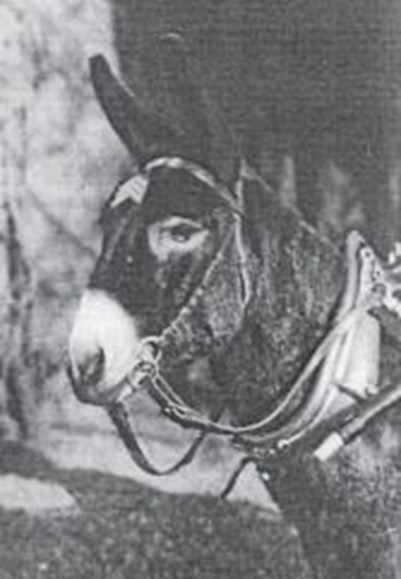 A picture of Jimmy taken in the post-war years. Claims that his headband show that he had been promoted to the rank of ‘Sergeant’ are unsubstantiated

The claim is that Jimmy was born on the battlefield in 1916 just prior to the Battle of the Somme. Soldiers from the 1st Battalion of the Scottish Rifles apparently delivered him into the world after his mother was fatally wounded while in labour. It was further claimed that the Germans facing the Scots stopped firing in order to witness the drama, and even cheered as Jimmy was successfully delivered and taken safely back from the frontline.

From this point forward, the foal was said to be cherished by the men of the battalion who even fed him their precious rations of tinned milk. In return, Jimmy carried ammunition, general supplies and wounded soldiers. Furthermore, the story goes that he was wounded three times himself by shell shrapnel whilst on active service.

At the end of the conflict, Jimmy turned up in Peterborough. It is assumed that he was brought to the city with his battalion, who were based there for a period before returning to Scotland. Released from active service when they headed home, he was bought in 1920 at an auction by a Mrs Heath, who cared for him and used him as the figurehead for a fundraising drive which raised thousands of pounds for charities like the RSPCA. 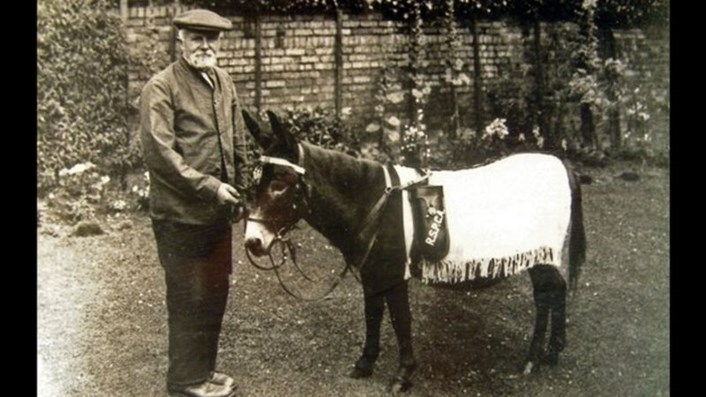 Jimmy was to become a minor celebrity with a weekly column in the Twenties in the Peterborough Citizen; a column in which the total of his latest charity haul was printed. His story was also turned into a one-off three-page cartoon strip in The Dandy in the 1930s.

The popular animal was to die of natural causes in 1943 at the grand donkey age of 27, and given the honour of burial in Central Park, Peterborough, where a memorial was erected. The headstone states: ‘Our Jimmy, born of the Somme June 1916. Mascot of the 1st Scottish Rifles. Died 10 May 1943. Bought by Mrs Heath in 1920 to give him a good home and to promote interest in the RSPCA.’

As such, you can imagine the controversy when the son of a local horse dealer in Peterborough claimed in the 1970s that the whole story was a hoax, and that his dad had simply sold a donkey to the RSPCA in the 1920s that he had actually bought from a Gypsy family and then given a colourful - but wholly made-up - back story to when nobody seemed interested in buying it from him. Among those who have questioned this claim are representatives of the regimental museum of the Cameronian Scottish Rifles Association, based in Hamilton, South Lanarkshire, who are satisfied that Jimmy was indeed the working mascot of the 1st Battalion and continue to keep his story alive.

Meanwhile, back in Peterborough, it was noted at the height of ‘War Horse’ fever that Jimmy’s grave and memorial had fallen into a state of disrepair, so in 2003 it was fully restored and rededicated. Local primary schools now make pilgrimages and lay wreaths. 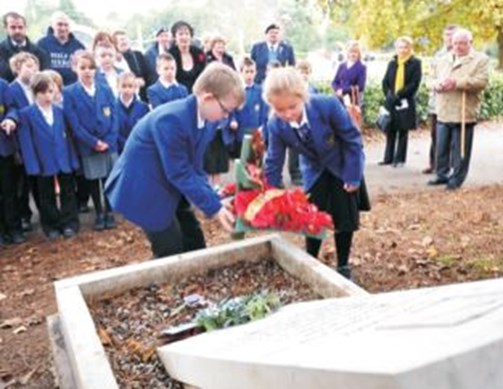 Children from Southfields Primary School in Peterborough laid wreaths at Jimmy’s memorial in 2011. 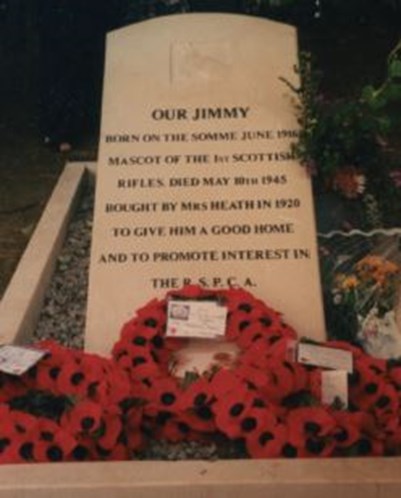 The memorial to Jimmy in Central Park, Peterborough.